baby, we were born to run

I run up a snowy trail at sunset. It's no longer fire season, so I'm back to fitting in workouts after work. During the season, my crew and I theoretically get one hour a day for "PT" (physical training, aka physical torture). Theoretically, because once fires start, we are often too busy with helicopter missions and fires.

Most fire crews run. If you see a nice gym at a fire cache, chances are you are in the vicinity of smokejumpers or hotshots. The rest of us tend to get by with scary, rickety weight benches and ancient dumbbells. This forces us to be creative (a grueling workout called Billy Big Arms comes to mind). So, often, we run.


Some crews run together in grim lockstep. Others venture out in pairs or alone. On one of my crews, we would start out together and then gradually separate based on our individual pace. As we passed each other we would enthusiastically high-five in encouragement.

One day, the foreman decided to motivate K, one of our detailers. "Run faster!" he yelled. "There are GIRLS ahead of you!" Being one of those GIRLS, I didn't find it amusing that he seemed to think that the slowest male should be able to run faster than the fastest female. Plus, we were running up a heinous hill. I growled at both of them and increased my pace.

At the end of the run, we waited on the helipad for the foreman and K. As they approached, we could hear the yelling: "Run faster! Jennifer Lopez is up there waiting for you!"  Now that the run was over, I could afford to think this was funny. I remembered a long trekking day in Nepal where one of my hiking partners had written in the snow "Hot Men Ahead!" to give the female trekkers some pep in their step. This kind of motivation could work, I had to admit.

Another time, the crew started out for an 8 mile run. Joe, a visiting helicopter manager, had a reputation for being a fanatical runner, but he was older, and sure enough, we left him about a half mile behind as we raced along past the Bad Boys Ranch and toward the powerline where the two mile long Hill of Horror awaited. In survival mode as we struggled up the hill, at first we didn't hear the footsteps behind us as Joe reeled us in.

"Try to keep your breathing the same as it was on the flats," he said serenely as he blew past us, disappearing up the hill. "Even if it means slowing down," we could hear him say in the distance.

Now that it is winter, I have time for more variety. I reacquaint myself with the gym. I climb at the indoor rock wall. I hike in the snow, and dust off my snowboard and snowshoes. But some days, I keep it simple. I put on some layers and find my running shoes, and head out into the bright, cold afternoon. I listen to my breath. I am present in the moment, and I am happy. I just run. 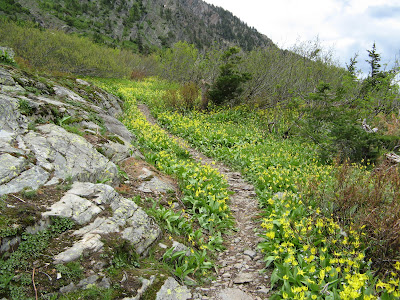