Hello. Will you be my minion?

(Disclaimer: For a couple of lost, aimless years I played World of Warcraft. [I know. Don't judge]. Some of the characters in this game, once they have attained certain levels, are able to acquire a minion. These are creatures whose function is to attack enemies, deflect spells, and protect their host. Minions are very valuable, so when I say minion, I mean it in the nicest way).


It's hiring season. Every year, I have a vision for this special time. I imagine myself in early January, happily receiving my referral list in a timely manner, and selecting from a well-qualified, grateful pool of applicants, without pesky obstacles like having to attain several levels of approvals just to hire someone who is going to work for about four months. In this dream I then see myself, with hiring out of the way, regularly sneaking out of the office to go snowboarding.

Here is the way it really happens. I get my referral list sooner or later. I hire a likely looking candidate, only to have him flee to a rappel crew a couple months later, after all the paperwork is complete. One of my returnees is unable to commit, holding out for a permanent job, which he finally gets. I start over, and immediately engage in fierce competition with other helitack crews for the few remaining good candidates. When another foreman answers the phone, instead of saying hi, I demand, "Don't you dare steal that person from me!" I pressure the applicants for a commitment. "Um.." they stall, like  deer in the headlights. I can read their minds: Hotshots? Rappel crew? They all want me! What should I do? Help! Other applicants stalk me, calling repeatedly and sending sincere, if desperate, emails.

Once I have finally stolen, and by that I mean selected, candidates who are hopefully hard-working, drama-free, mentally stable, and who play well with others, then I navigate the treacherous waters of the hiring process, in which I have to prove that I searched the corners of the globe for any applicants who might be hiding under rocks or in caves. After that, I must ambush the Forest Supervisor, who probably doesn't have anything better to do, to get his approval. Paperwork ensues, along with reassuring applicants who aren't receiving paperwork in a timely fashion and consider once again running away to a hotshot crew.

Once a crew comes together, though, it can be magic. Take a group of diverse people with different backgrounds and life experiences and throw them together and it can be a disaster or it can be something really great. Usually it's great. So bring on the hiring process, with its pitfalls and frustrations. In those seasons when you get the best crew ever, it's all worth it. Welcome to the crew, new minions! I'm looking forward to it. 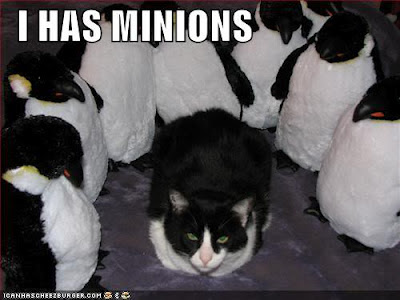