"Why are you going to Antarctica?" my friends asked. "To work?"

It did seem a little strange, I had to admit, to decide to travel to someplace so far away and expensive to get to, only a month in advance (although later I was to meet even more spontaneous folks who decided to go a week ahead of time and had no warm clothes with them).  But there was a half off sale, I wanted to see the 7th continent, and so I went.

I went on this ship.
I had my doubts, as a person who is not interested in cruise type vacations.  However, they call this an "expedition ship."  While you do get meals provided, there are no 24 hour buffets (although we eagerly awaited tea time with its included cookies), no casinos, no entertainment beyond wildlife and history lectures.  I decided I could stand it.  After all, there aren't a lot of ways to get there.  You can actually fly to the South Shetland Islands, but there is no guarantee (or refund) if there is bad weather.  You could also take a yacht or sailboat, but not having rich friends who owned one of these, I decided to brave the ship.
The long trek to Buenos Aires and beyond hadn't gotten any shorter than last year, but I finally ended up in Ushuaia, "El Fin del Mundo"...the end of the world.  I was there early, so decided to hike up to Glacier Martial, just outside of town. 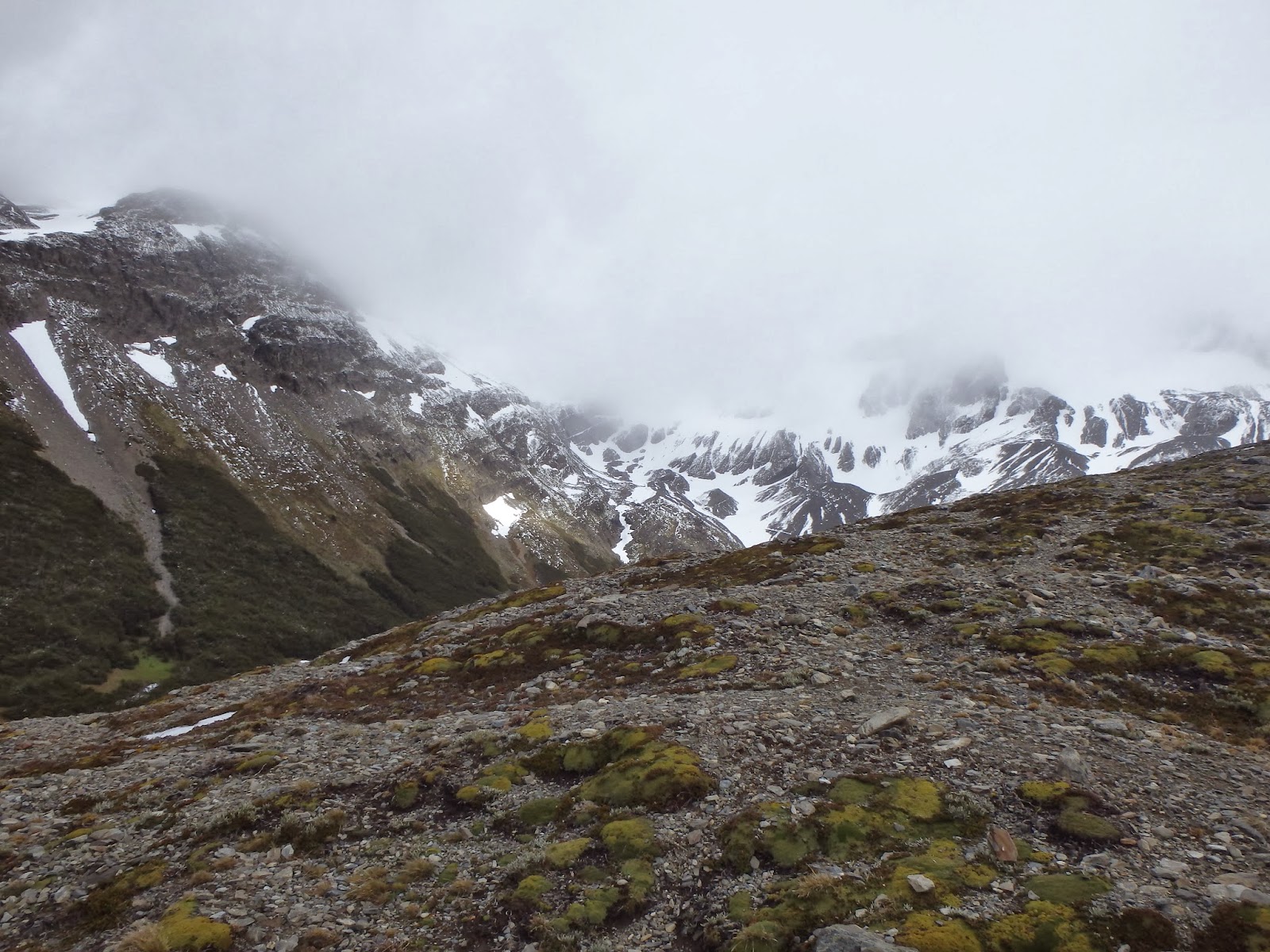 "Can you walk there?" I asked the front desk man at the hotel.  "Oh no, you need a taxi," he said, looking concerned.  So for 55 pesos I was deposited at a ski area with a small chairlift.  Some people take the lift up, but I walked to the trailhead, saving a few pesos.  I hiked to the edge of the glacier in lightly falling snow, and then to a panoramic point from where you can look down on the town and the Beagle Channel.
Hiking back down, I decided to forgo the taxi and walk back into town. It turned out to only be 7 kilometers and a nice walk.  The next day we were able to board the ship to begin our adventure.  I met four women who were all traveling solo.  Between us we represented Belgium, the Netherlands, Australia, Sweden and the U.S., and ended up spending most of the trip together.

Leaving Ushuaia, we headed out into the Beagle Channel and towards the infamous Drake Passage, where it was time to know for certain if you were prone to seasickness or not...
Happily, I discovered that I am not, although some people really suffered.
Next: Zodiacs, climbing, camping, penguins and more penguins!