Girl on Fire: The Beginning

Before I was a firefighter, I was a park ranger. 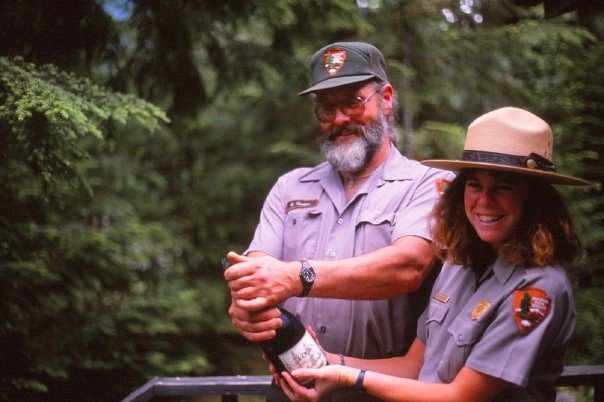 I wore the Smokey Bear hat and a polyester uniform.  I led groups of slow moving tourists along nature trails, pointing out flowers I had frantically looked up earlier as I sprinted the route with a plant field guide.  I shepherded kids around who wanted to be "Junior Rangers."  I mostly liked it.  I loved living inside national parks, and there was always a group of people around to watch movies or do night hikes.  I thought I would probably do this job forever. 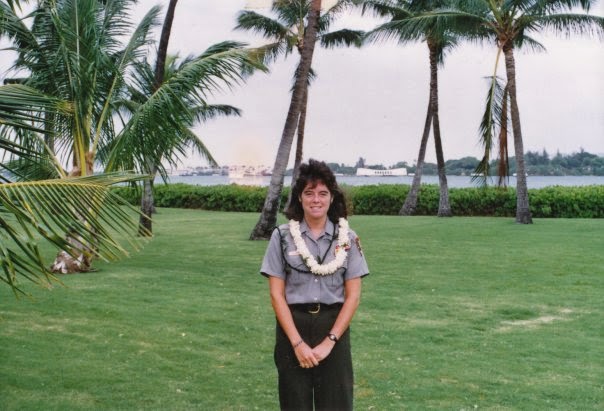 One year, the west was burning with even more ferocity than usual.  "Everyone has to take fire training," my supervisor said.  I was indifferent, knowing nothing about firefighting.  I handled the tools ineptly and suffered through the slideshow.  It didn't matter, because I was never going to do it, I thought.


But then there was a fire.  And you didn't say no, back then.  You went, with a group of 19 other people, some of them strangers, many of them just as clueless as you were.  We were a thrown together crew of rangers, trail crew workers, and fee collectors.  Somehow we made it work.
This fire was a pivotal point in my life, although I didn't realize it at the time.  It could have so easily gone the other way, if we had been stuck mopping up in a black wasteland, or stuck in a staging area.  But we dug fireline at the top of a mountain while a fire roared toward us, the flamelengths soaring 200 feet above the treetops.  We had to run from it, racing down a trail to a highway where we lay on the hot pavement and waited for transportation.  We held the line as hotshot crews burned from the road, and I tied pink flagging ribbon in my waist length hair.  A band came in to camp and we danced.  After 21 days we were sent to a dusty state park for R&R,  and then went back to the fire for another week.
I thought all fires were like this.  They're not, but I was hooked after that.  I spent one more season as a ranger, and then applied to a fire crew, and a hotshot crew after that.  I didn't really have a plan to become a girl on fire.  Like many good things, it just kind of happened.  I'm not on the road I planned to take, but it was probably the right one after all. 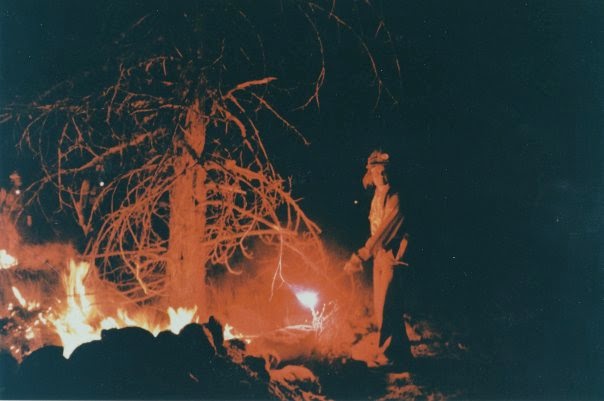 P.S.  I'm not sure what's going on with the fonts in this post.  I got tired of fighting with it! Also I added a bloglovin button if you want to follow this blog that way!