In my last post (was that really a week ago already?!) I wrote about starting a prescribed burn with a helicopter.  This is the glamorous way to do it.  Sadly, sometimes you don't have access to a helicopter, the funds to order one, or the right conditions.  This is when you end up doing "hand lighting."  This is how you do it.

If you are lucky enough to be chosen to ignite the burn (you may regret this later), you pick up a handheld torch and fill it with a mixture of gas and diesel.  You ask around for a lighter, which used to be easy to find, but hardly anyone smokes anymore.  You light the tip of your torch and now you have fire.
There are rules.  You can't just tromp through the woods spewing fire everywhere.  There is an "ignition specialist" and an "ignition plan", which is in the "burn plan", a document which used to be only a couple pages, if there even was one, but which now is comprised of piles of documents, including maps, a "prescription" for burning the area, and a job hazard analysis.  You generally have to walk next to other people with their own torches, either a little ahead or a little behind them, depending on which way the wind is blowing.  If you go too fast, you can send your fire towards them in a way they will not appreciate.  If you go too slow, you find yourself rushing to catch up.  There will be slash, lots of it: downed trees, brush, branches.  You'll trip on it many times.  The torch, seemingly light at first, will seem heavy after awhile.  The burn unit will seem impossibly big. It almost always is steep.  Sometimes you might envy the "holders", whose job it is to hold the fireline and keep any embers from crossing it.  This is probably a mistake though, because they are stuck in the choking smoke that you are creating, and could be having their own problems, including chasing spot fires and hauling water hoses around.
Sooner or later your torch runs out of fuel, or maybe it malfunctions.  Hopefully there is someone on an ATV bringing torches and fuel around, but if not, you trek out to the fireline to where it is stashed.  You do this over and over again, until you are done, or until someone else takes over, usually a holder who is tired of breathing smoke like it was oxygen.  When you're done you're not really done, because you all might become holders, or patrol the line, mop up, catch spot fires, or break down the pump and hoselays.  Sometimes it's after midnight when you are really done, and you pile into the trucks and head back to the station, where there is refurb to do on equipment and trucks, everyone smells like smoke, and you want to eat all of the food.

Still.  Despite the long hours, and your tired feet and bumps and bruises from crashing through brush, your semi-permanent cough from the thick smoke, it's a good feeling when you look back at a line of fire you've just created and see it pulling into the next person's line just like it's supposed to.  You get to spend the day outside with friends and sunshine and fire.  It might not be the glamorous life of helicopter burning, but we'll take it. 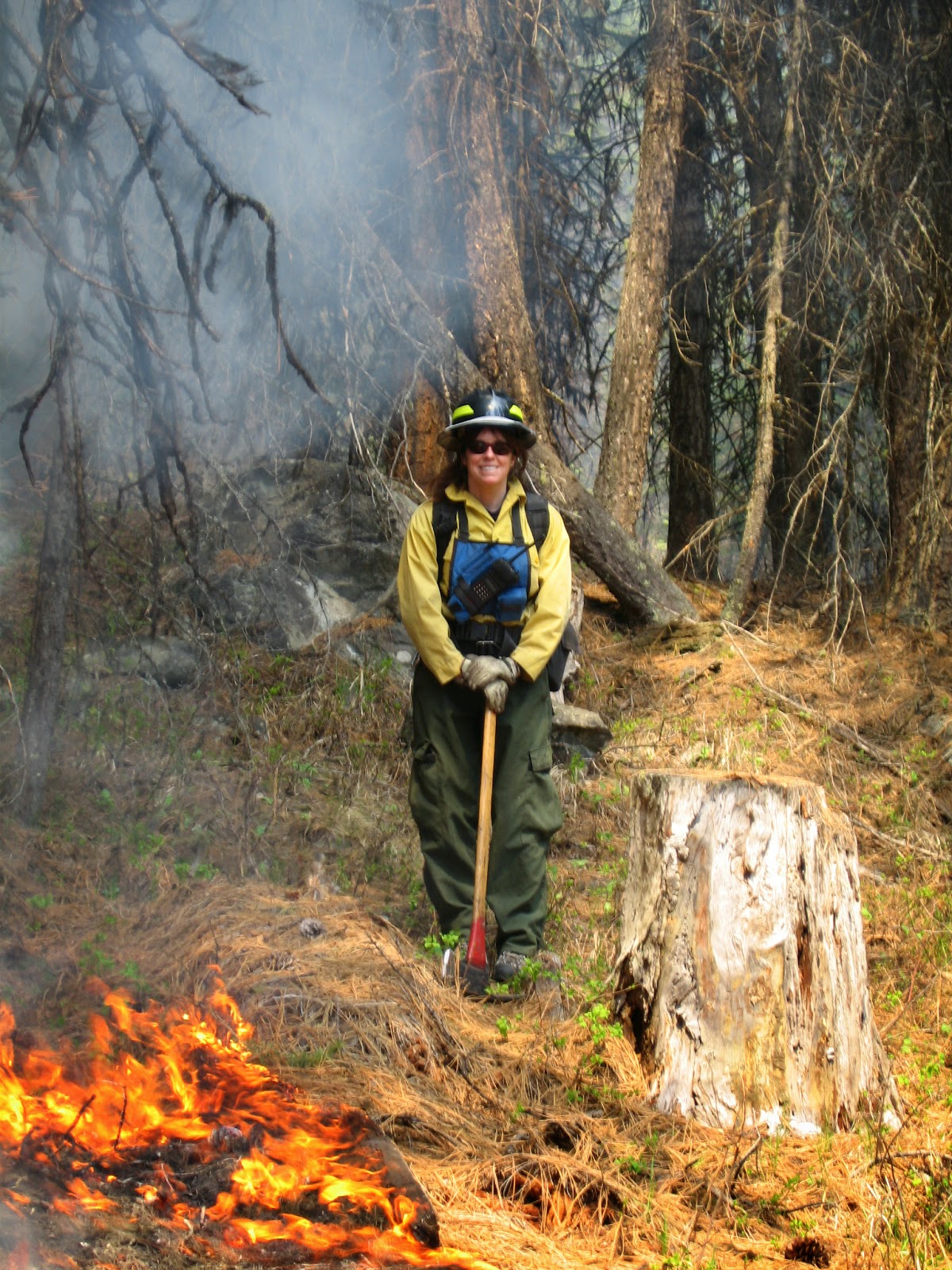