On Sunday the hills were alive, not with the sound of music, but with yells of "Hey Bears!" as I hiked somewhat nervously toward an alpine lake (note: the usual call is "Hey Bear," but I prefer the plural, in case there is more than one bear).  The hike is short, and usually attracts other hikers, but today, early in the season with snow blocking the parking area and covering much of the trail, there was nobody else.

Stay or go?  This area is known for bears.  I know people who won't hunt here because there are so many.  But I had driven an hour to get there, and it was normally a popular hike.  Surely the bears were wary.  I forged on.

It was worth it.  I've been to this lake several times, but never this early.  Without other hikers, it was quiet.  The ice was just starting to melt out around the edges of the lake, and the sun lit up the snowfields on the mountains to the south.  The bears, if they were there, stayed hidden.

If you live here, you live with bears and mountain lions, and wolves.  You think about that here.  If you see a group of ravens in the trees, look around: there may be a carcass nearby, with a bear guarding it.  Carry your bear spray in a place where you can get it.  Look behind you too; sometimes mountain lions follow people.

But don't be too scared.  Go on the trails.  Take a buddy if you can.  Yell "Hey Bears" and sing, even if you don't sound like Julie Andrews in The Sound of Music.  Don't miss out on seeing a mountain lake slowly losing ice to the sun. 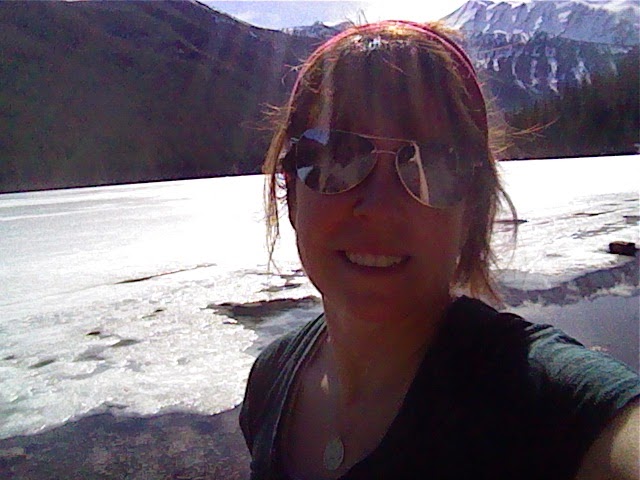