A winter storm was predicted for the next day, with snow and high winds. This could be the one that closed off the trails in the high country unless you had snowshoes or skis. What to do? Go for a hike, of course!

I drove north.  Although the trail I was headed for was fairly low elevation, there was snow already on the ground there.  The temperature was in the 30s. This trail is short and popular in the summer, but today nobody was parked at the trailhead.

I hiked uneventfully to the first lake.  It was starting to freeze over, with a thin glaze of ice on its surface. 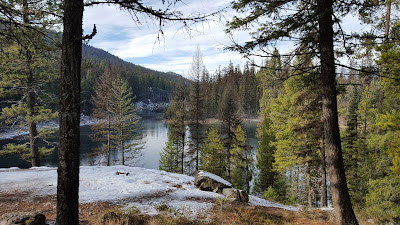 Most people don't go to the second lake.  It's just as beautiful, but to get there you have to cross a large swamp.  There's no way to keep your feet dry, no matter the season.  I wasn't going to hike there, I thought.  But...I'd just hike down to the swamp and check it out.

This is what it usually looks like:
I was surprised to see this: 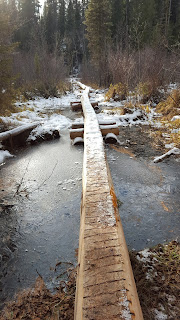 I scampered happily across the logs.  This was amazing!  The lake shimmered quietly in the sun.  I almost missed it! 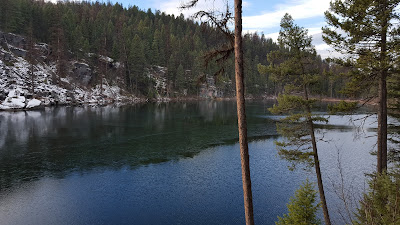 Sometime this summer, a trail crew had been here.  They had undertaken the tedious task of falling large trees, bucking up the branches, dragging the heavy logs across the swamp, lining them up, and scoring them to create a less slippery surface. 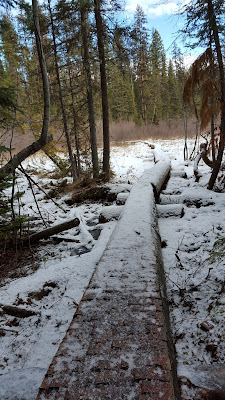 Firefighters work hard; trail crews work harder.  The work is backbreaking, hiking for miles carrying heavy packs, cutting trees, digging trail tread, often camping out for days or even weeks. In wilderness areas they usually can't use power tools, having to remove large trees with crosscut saws and axes. Most people don't think about them as they cruise along on a well-maintained trail in a national park or forest; we only notice when a path is blocked or a sign is missing.  Parks and forests used to have large trail crews: because of declining budgets, these have dwindled to very few people.

Next time you hike on a nice trail, take a moment to think about the dedicated men and women who built and maintained it.  Thanks trail crews! 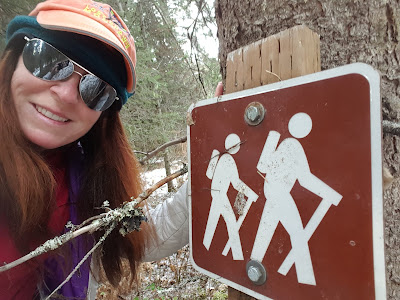