The temperature was in the 30s at the trailhead.  And because we were going to be gaining elevation, the warmest it would probably be was somewhere around 50 in the afternoon.  In the height of summer, I might have hesitated if I saw that forecast. I might consider a gym day.

But this was November, and we just had the wettest October on record.  Rainfall totals were anywhere from 6 to 12 inches around the valley.  The October average for the last 30 years is around 0.7!  There were only 3 days without measurable precipitation.  There were a lot of gym days.  When I ran outside, I knew my shoes would soon be perched on a boot dryer.

So yesterday was a hiking day, even though we knew there would be snow at the higher elevations and probably a cold wind at the top of the mountain.  Soon passing a large church group, we charged up the trail, which is sometimes known as one of America's most dangerous hiking trails, due to bears having a preference for the area.  However, since the church group was slower and probably sweeter than us, we figured we would be fine (Grizzly country humor). 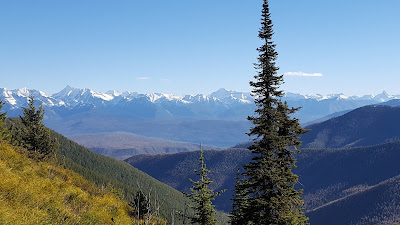 The trail turned snowy after a saddle, but we had a glimpse of our fire lookout destination, and pressed on. 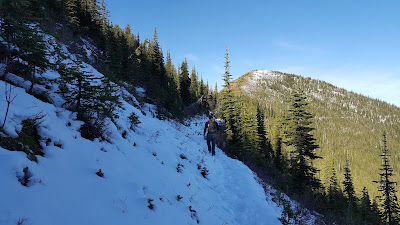 The lookout is staffed in the summer.  A Park Service tower, it has sweeping views of the west side of Glacier Park and into the North Fork of the Flathead River.  Now boarded up for winter, it waits patiently for July, when the shutters will be opened and it will be back in business. 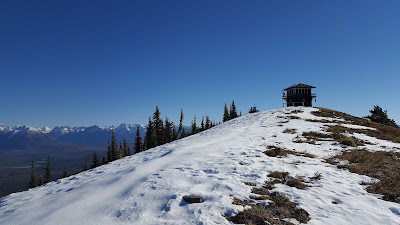 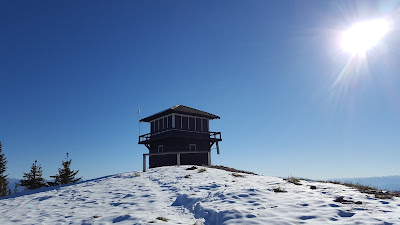 You never really know what you'll get in the mountains.  There could be an early winter, or warm days late into the fall.  After a month of rain, this day was a gift, and a reminder not to take anything for granted, even sunshine and trails that lead to the sky. 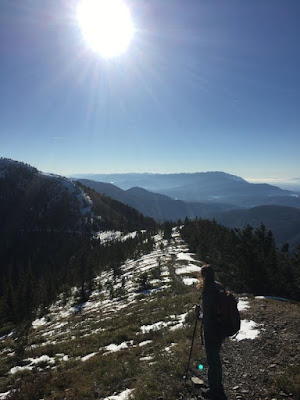