"I haven't been outside in three days!" I exclaimed in disbelief.  I tried to remember the last time this had happened.  I came up with...never?

I wasn't in prison or a biosphere experiment.  I was only in Las Vegas, helping to teach a class. It was the first time I'd been there just for work.  Since I had to spend hours in the classroom, I felt like an observer of the local wildlife, instead of a participant.

Going to the hotel gym at 6 am, I saw people grimly sitting in front of slot machines, where they had possibly spent the night.  Inside, it was impossible to tell what time of day it was.  The lights stayed bright all night long.  You could find any kind of food you wanted. There was a full size movie theater.  It was like a strange, artificial world.  Only without any kind of weather in it. 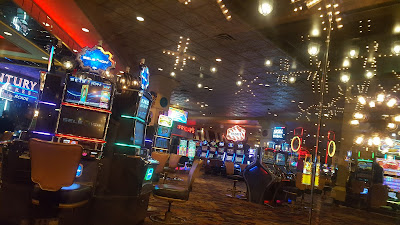 The instructor gave homework: practice some communication styles.  A student tried this, generously offering to buy a well-dressed woman a drink.  He then learned that by doing this he had unknowing engaged the lady's $1000 a night services.  Luckily, she realized his country boy status and let him in on the code, allowing him to flee with his honor, and wallet, intact.

A woman in the class announced that she had won a lot of money the night before.  "Enough to buy the whole class lunch?" the teacher asked.  She looked around the room at the 40 students.  "Actually, yes," she said.  Given that the cost of food was wildly inflated in the casino, we were impressed.  However, she elected to hold on to her winnings.

I ventured out only to find that Vegas was having an unseasonable cold snap.  There was only one thing to do: go to a show called Inferno, with a magician and lots of fire. 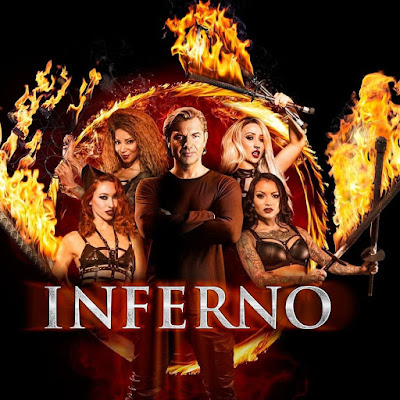 The class was a success, but I needed to get outside.  I hurried into my local woods at home.  The snow was deep.  The local dog walkers had apparently fallen down on their job of packing down the trails.  It was cold and windy, but it felt good to be away from the fluorescent lights and lingering cigarette smoke.  It's always good to visit other places; I think it keeps you open minded.  But then it's good to get back to who you really are.