"How was your furlough?" one of the managers asked.

"It would have been nice to have money coming in, but it was good," I said.  "I got to do a lot of things.  I really didn't miss work at all."

"I figured you wouldn't be one of those people sitting around twiddling their thumbs," he said.

Is this a compliment? I think so.  I'm finding that not everybody felt the same way as I did.  Understandable money worries aside, some people seemed lost without their work life.  They said they missed their colleagues and their routine.  They fretted about incomplete projects.  Some said it was traumatic.  Some were even angry that they weren't chosen to work without pay and others were.

I used to worry about work/life balance.  I work so much, especially in the summer, that I thought when it came to leave this career, I wouldn't know what to do.  As a wildland firefighter, you can't just half heartedly do your job, or you won't last long and you won't get anywhere.  You can't have one foot in and one out.

I've given up a lot for my job, but having this past month off has been reassuring.  There's so much more to life than work.  There's good friends, places to explore, and sweet cats to cuddle.  I won't have trouble filling my days.  If I want to see my former co-workers, I can: they live in the same town.

Ultimately it's important to realize that we are all replaceable at work.  Your supervisor and your supervisor's boss might care about you, but at the highest level that may not be the case.  You should be dedicated and have a sense of purpose, but don't make it your entire life.

We may be furloughed again in three weeks...I already have plans! 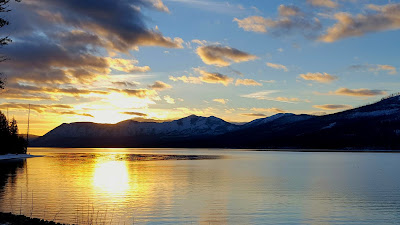