I saw one of the firefighters at the gym. "I thought you went to South Carolina," he said, referring to a group of people who had gone south for prescribed burning. "No, I retired!" I said. "That's even better!" he answered.

It's been less than two months since I took early retirement, but already I feel the world of fire slipping away. I rarely talk to former employees; they are busily making decisions about my program that I used to make. I don't hear work gossip. I'm invited to a meeting, but wouldn't get paid if I attended, although there are methods and money to do so. I attempt to call to keep my access to a financial system that I'll need to use, and it's obvious that nobody has much of an interest in helping a retiree. I'm a has-been, a "former firefighter."

I was curious about what this would be like. After being a firefighter for 33 years, I wondered if I would feel a little lost to lose that part of my identity. This happens to a lot of people. They flounder, wondering who exactly they are and what their purpose is, after devoting so much time and energy to the job and giving up so much in the process.

I'm discovering I'm not one of those people. I have wonderful memories of my adventurous career, but I don't miss it that much. If I never get in a helicopter again, I'm all right with that. If I only see smoke from a distance, that's fine too. I'll never forget the places I got to see and the people I shared it all with, but it's time for new adventures.

Although being a wildland firefighter was a large part of my life, I always knew I was more than that. I loved my job, but I was always happy to have time off. There were so many other things I wanted to do. I liked my crews, but I had good friends outside of fire to spend time with, a small but mighty support system. Fire was only one of the things I did.

I'll always look up when a helicopter flies over, and I'll wonder about a smoke column in the distance. I'll always treasure my time out in the forest, saving trees, houses, and sometimes lives. But after a short pause, I'll continue on down the trail, looking out for whatever is around the next turn. 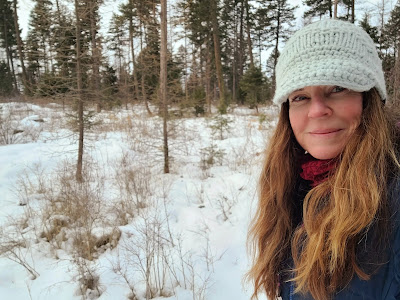