what the water gave me

There were no water sources in Mesa Verde that we could use for firefighting. No rivers or lakes. Maybe there were hidden springs here and there, tucked into steep canyon walls, but nothing a helicopter bucket could get to. Coming from the Pacific Northwest, where I had started fighting fire, this was disconcerting. There, water had been everywhere. We carried gravity socks and some 3/4 inch hose in our packs, and we wasted water there, drowned fires in it, because there was always more to be had. When it wasn't close by on the ground, it came from the sky in torrents. My squad and I spent several days once hunched under makeshift visqueen shelters, waiting for the rain to stop and the clouds to rise, so that we could be flown out of a wilderness fire by helicopter.This never happened, so we picked our way through devil's club and around cliffs to get out, lowering our packs by parachute cord over rock faces so we could scramble down unencumbered.

It was different in the desert southwest. Here, we piled up what was on fire and let it burn out. We searched for cooler dirt, carrying it by the shovelfuls and mixing it into the embers, stirring again and again to suffocate the heat. You have to have patience, if you are going to put a fire out this way. You can't be rushing around. You need to learn the ground you stand on.

At Mesa Verde, there were two places we could get water for the helicopter bucket. One was the sewage settling ponds, which we only used if we were desperate. The other was a sunken stone cistern. At the beginning of the season, we filled it with water from our engine. It had a heavy lid that the unfortunate crewmember who was left behind to manage the helibase had to open if we needed water. While the lid kept the jackrabbits out of the cistern, somehow animals found their way in. Our pilot, Jere, took great delight in scooping dead mice up in his bucket along with the water and bringing them to us on our fires. "Did you see the mouse?" he'd ask as he flew away. We learned to flee well away from the fireline when we heard him coming, both to avoid the mouse missiles and the possible sewage water.

At the end of the season, we used the engine to drain the cistern, but there was about a foot of water left in the tank. This meant that some lucky crewmembers had to climb in there with buckets and bail it out. I peered suspiciously into the murky water. Big Bob had already jumped in and was bailing away enthusiastically, oblivious to several carcasses floating by his legs. "Bob, you have to get the tarantulas out, and then I'll get in," I ordered. Bob cheerfully scooped up the spiders so they wouldn't touch my princess feet.

There are things in everyone's lives, like the elusiveness of water in the desert, that are valuable because of their scarcity. Maybe it's true love, or honesty, or just a real best friend. You can do without it, whatever it is, for awhile. You tell yourself that it isn't necessary, that you've figured out how to get by. But when you find it again, it's like seeing an unexpected lake that you thought was just a mirage. Suddenly you have water, more than you ever dreamed of. What will you do with it? Maybe you will waste it, like a firefighter with a nozzle set on straight stream. But just maybe you've learned enough to treasure it. When I find it, I know I will. 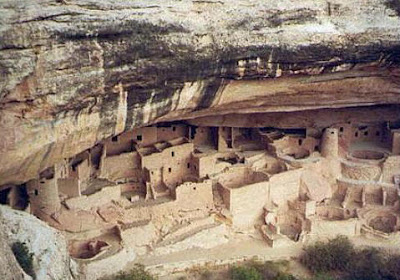