away from the sun

I drive on dark streets. I play loud angry music because it's the only thing I can stand to listen to. Someone hits a deer and it runs into the median, twitches and lies still. There's nothing I can do. I keep going.

M. died this weekend. It's been years since I've seen him, yet his face is still clear to me. We were part of a group that came up to Alaska about the same time, young and excited to be there, to finally have permanent jobs. We loitered at the helibase, waiting for fires. M. would climb into the front seat of the AStar as I got into the Bell 212, our pilots joking with each other, swatting mosquitoes and laughing. The days lasted so long then, were full of so much promise.

After his helicopter accident, M. was never the same. He was there but somehow not really there, not like he had been before. Like my other friend M., who survived a crash three years later, he started down a lost and broken road. Our Alaska group started to disband. People took other jobs, moved south, got married, split up.

Sometimes you wake up and realize that there is nobody else alive who remembers certain moments you shared with someone. Small things, like the time Scott C. hiked up the Desolation Trail in the North Cascades to meet me, carrying a flower identification book. When he saw me, he stopped and smiled. Scott is gone now, vanished into Alaskan water in a small plane. I am left to remember that day and how the sun lit up his face.

I don't want any of you to go like this, too young and in ways like these. We should all still be waving at you from the helicopter as it shifts into translational lift. We should be sharing stories with you on the fireline deep into the night. Instead we say, "rest in peace," because there is really nothing else left to say.

M. and all the rest, I will carry our stories with me, so that someone still remembers. Your other friends have their own memories. We could try to put them together like a jigsaw puzzle and maybe we could come up with a picture of you that we would all recognize. You would probably laugh at how you seem to haunt us. It's not what you had planned when you got onto that plane, took off in that helicopter, hiked up that fireline.

Rest in peace. We are your memory keepers now. 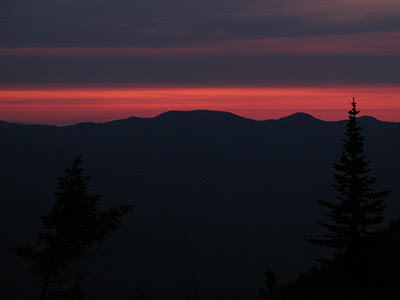