I didn't know if I was staying. It wouldn't be so hard to leave. I had done it many times before. Loaded up my truck, changed my address, and gotten out of town. That's what firefighters do. They're always looking for somewhere new and exciting to fight fire, where the wind blows from a different direction, where flames can sweep across prairies or creep through trees. Because it's true that while all fires are the same, they are also never the same.

My last move was complicated. There was a man mixed up in all of it, and a dream that in the end was like an ember that doesn't survive the night. Not made for the long haul, he soon fled after I had packed my life up and cut my ties with the last place. The last I heard, he got engaged to someone else less than three months after we broke up. I woke up to a clear and cold November morning, alone and wondering what I had done.

When you have a gypsy soul like mine, you get used to some things. Having to fit in with a new crew every few years, proving yourself on the fireline over and over. Learning the contours of the landscape and how a fire will move across it.  Figuring out how to read the sky and know whether you need to seek shelter right away or if you can keep walking for awhile. But you never get used to how it feels when your heart is breaking.

There were other jobs out there. I could go anywhere. My former fire management officer asked me whether a hiring bonus would entice me to return. He may not have been entirely joking. I was living in a converted garage. I hadn't registered to vote. I had one foot in my new life and the other still on the road.

Last Tuesday, my two employees who are back at work for the season went to one of the districts to help with a prescribed burn. It was a brilliant sunny day, but I was restless. Finally I realized I missed them. I kind of liked having them around.

I dragged a huge box into the office. In it was my fire history. Certificates from classes I had taken years ago. Awards I had received. Cards I had gotten when I left every other place behind. I filled the empty shelves with books. Tacked up some pictures, old fire crews smiling back at me across the years. Hung up some Tibetan prayer flags. It made me smile to see it all in front of me. It might have been a lost and broken road that brought me here, but it was my road. 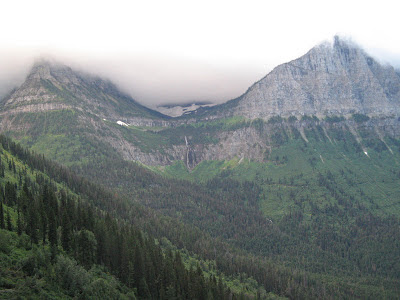