The seasonals have come back to work. Now there are ten of us. But fire season is getting off to a slow start. There are a few incidents elsewhere, but there are plenty of resources closer than we are. One of my crewmembers escapes to a fire in Colorado, but it is soon handled, and he returns glumly to our daily rain showers. It snows in the mountains. Another crewmember impresses the hotshots during their physical training day and is invited to go with them on an assignment to New Mexico. The rest of us wait.

There is plenty for a fire crew without fires to do. We line up thinning projects, trail clearing, and fireline construction around burn units. We burn piles with propane torches. The seasonals suffer through mind-numbing mandatory training and possibly more interesting fire classes. As usual, everyone's computer profile has been erased, necessitating numerous phone calls and paperwork. I plan helicopter training with the park. Anyone who calls about the possibility of a project is overwhelmed by our enthusiasm. Spontaneous barbecues are known to occur.

Still, we all know why we are really here. We hope for a summer of fire, one we will look back and remember for years. So while it rains and we keep ourselves busy, we keep our bags packed and our boots ready. Because you never really know. It could be tomorrow. 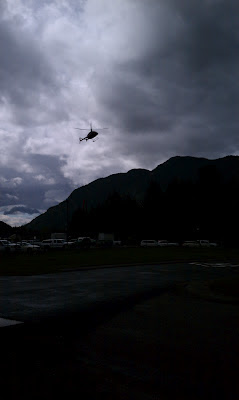 Ready or not, fire season is coming. It has already made it to the southwest, not as dramatically as last year, but there are a few fires, with crews staged throughout the region. One of my crewmembers goes off to Colorado as a safety officer. There is talk of assembling a 20 person crew from the forest.

This is what it's like: you make plans, but prepare to break them. You line up people to take care of your pets in case you get the call. You pack your bag. You put relationships on hold, so hopefully you have chosen someone who can understand. You go to work, not knowing if you will be back that night or three weeks from now.

Or not. Some seasons, you just wait. It rains, seemingly everywhere in the country. Helicopters on contract sit, barely turning a blade. Crews spend the entire season in thinning units, cutting and piling slash. You get off work when it is still light out. You get your money's worth from the expensive gym you pay for year round but usually don't use for four months straight.  It doesn't feel quite right, but you can go on backpacking trips in July or put your kayak in the river. You get to savor the sweet deliciousness of borrowed time.

This is what I know about my 25th season: it could be a summer of fire or a summer of rain. It's a little too early to tell. Some people study the long term weather analyses like they can change things. They look at drought indexes and fuel moistures and make earnest predictions. They talk about the 6 year cycle: 1988, 1994, 2000, 2006: surely 2012 will follow the pattern. But despite all your wishing, you can't make lightning strike where or when you want it. Storms grow and then they die; forests are ready for the spark or they aren't. Sometimes the surprise is the best part: when you wake up to the sound of thunder and the night is lit up all around you.

So I'm going to wait and see. Either way, the days are long and full of promise. It's all starting. 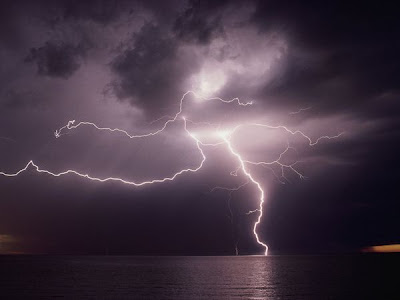 We rattle down the road in the chase truck toward Spotted Bear. It's so early in the year that the road is still closed, and the ranger station is deserted. It's only 55 miles, but the drive takes almost 2 hours. Our mission today is to transport a radio technician to a remote generator site and sling down empty propane bottles.

We do this project several times a year, but three of the four men with me have never been a part of it. We are happy to get out of the office. In only a week, the seasonal employees will start work again, but today it is just us. We watch as the helicopter circles the airstrip and lands softly in the grass. It has come with snow pads, but when we approach the high ridge we can see that we won't need them. 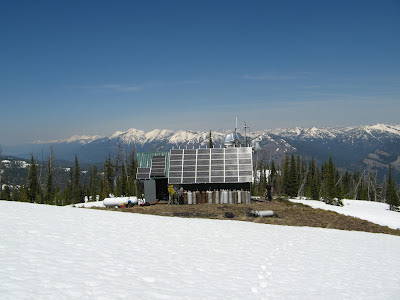 It takes a long time for the radio technician to fill the large propane tanks, so there isn't a lot to do. The inevitable snowball fights begin. We run around like little kids, ambushing each other. I lie on the snow in the sunshine, making a snow angel. At 7000 feet, it is warm enough to wear t-shirts. Up here, it smells like summer. 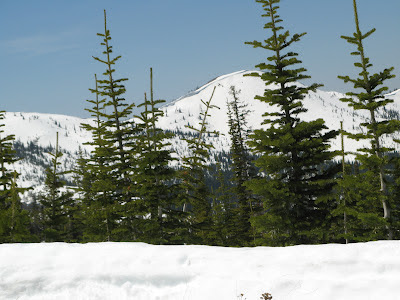 We roll empty propane bottles, 75 pounds each, into cargo nets, and one by one they are plucked off the mountain. We hate to leave, because leaving means this perfect day is over, and back in our offices things like personnel actions, aviation safety plans, and conference calls await. But the shadows are lengthening, and the helicopter has to get back to Missoula. We wave as Mike takes off in the L4, and talk and laugh on the long drive back. For me, this is the best part of my job: a helicopter flight, friends and sunshine. All the paperwork, computer problems, and bureaucracy doesn't really matter. What matters is this: these days, each one running into the next, but still separate, unique, each one perfect.

We load the truck with everything we will need. Boxes of plastic spheres filled with potassium permanganate. Antifreeze. Fire shelters for the pilot and passengers. Finally, the machine, all 110 pounds of it. We roll down the road, four men and me. Today we will burn.

The helicopter settles lightly into the grass near the airstrip. When it takes off again, one of my crewmembers will sit in the back. His door has been removed, so he will feel the wind on his face and the heat from the fire that he creates. He will feed the machine with the plastic spheres and watch as they get injected with antifreeze, and then drop like snowflakes to the ground below, finally igniting in little blossoms of fire.

I know this because I have been where he is, many times over. I know what it's like to do this flight, low and slow just over the treetops, trailing fire. I have leaned out the open door over forests in Arizona, Oregon, Montana and so many other places I can't remember, watching the spheres fall toward their inevitable chemical reaction. Everything in me wants to do it again.

But this would be selfish. I have two trainees, and they work for me. There will be just enough time to get them both certified. I will stay on the ground while they fly, although I want to go too. I crave all of it like you sometimes crave another person beyond reason. But this is how it happens: one day you look around and realize that you have been doing this for years, although it seems like only hours, and it's someone else's turn. This is hard for awhile and then it isn't, when they come back and you can tell they feel the same way you did when you climbed in the helicopter for the first time to do this job. Because even though it's been a decade since you first helped start fire from the air, you still remember the person who stepped aside and let you do it, even though they probably weren't ready to let go either. It's not the easy way, but it's the right way.

On the ground I close my eyes and I can almost feel the translational lift as the helicopter pulls away from the earth. I can hear the sound of the spheres as they are injected, and see what happens when two substances that need to be kept apart finally meet: first a breath of smoke, then a sudden rush of fire. Although I know there will be a last time someday, I can't imagine it. I see myself up there always, looking toward the future, raining fire. 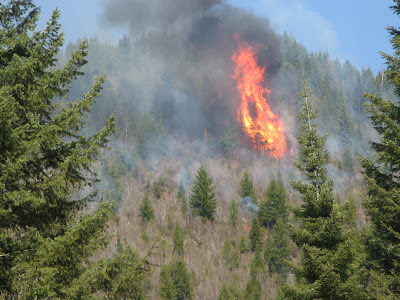 The class is at their breaking point. Four days of powerpoint slides have pushed them to the brink, and now this. Muttering and frustrated paper shuffling ensues. Anarchy and chaos are only a few steps away.

We are attempting to teach them how to complete a formal aviation risk assessment. First, you identify the known hazards for a certain helicopter project, for example, general aviation activity in the project area. Nobody has a problem with this, imagining radio-less, non-NOTAM-reading Buffoon Bob zipping around in his traildragger wanting to take a look at the helicopters. Everyone generally agrees that the effect of encountering said Buffoon Bob could be very hazardous. So you move on to the next step, mitigating Bob. Here people have no trouble either, throwing out suggestions like contacting the airport manager to pass on information about the project, not conducting operations on weekends, and so on. So far so good. Here is where people start falling into the abyss.

After you have mitigated the hazard presented by Bob, is this risk then low? or still extremely high, or somewhere in between? Students argue passionately. They become angry. "This is so subjective!" they complain. They are looking for black and white answers, and all we can give them is gray.

We do risk assessments in our heads every day. Should I take that job, go out with that guy, take that trip? Our past experiences haunt us like stalkers in the shadows. Sometimes they hold us back, but sometimes they set us free. Ever since the day I crawled out of a crashed helicopter on the rim of the Grand Canyon, I have had no fear when I fly, although there were times when I had a right to. On the other hand, I have been known to timidly heel slide down a particularly icy ski slope on my snowboard when it just "didn't feel right". One person's risk is another person's adventure.

The class eventually comes to a grumbling consensus, probably mostly due to the fact that they want lunch. As they leave, I can tell they still want definite answers. They want us to tell them yes, this risk is extremely high, or low, without a shadow of a doubt. If you do x, then y will result. They don't want gray. We can't give them this.

You can plan obsessively, so much that you become consumed by it. Sometimes you need to take the risk. Take that overseas trip, even if you don't have a friend to go with. Move to that new place where you don't know anyone. Stay up late and follow the rain up to where it turns into snow. Do it, because even though with some risks you take there may be pain and fear and loss all mixed up in it, in the end there will be something good there too. I'm sure of it.