excuse me sir, you forgot your pants, and, Lewis& Clark were tough mofos

The naked hiker trudged toward me, carrying a fishing pole, wearing a hat and shoes and nothing else. "Anybody else out there?" he asked cheerily, referring to the hot springs at the end of the trail.

"No," I answered, resisting the impulse to laugh inappropriately. I've seen all kinds of attire on trails (High heels, traditional Amish dress, a man in a red thong) but rarely someone with NO attire. I wondered about his thought process at the trailhead.  Hmmm. Better bring the fishing pole. OK, got it. Where's my floppy hat? This trail is easy, tennis shoes should do.  I can't find my shorts. Oh well!
﻿
Some guys who probably wore clothes as they trekked across the west were Lewis and Clark.  I followed in their footsteps the next day on an ancient trail through the mountains.  The sign said the trail was steep.  How hard could it be, I thought. But it was, kind of. 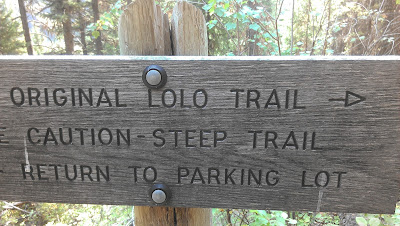 The first part of the trail traversed open slopes with ponderosas.

After awhile, it became brushy and harder to follow. 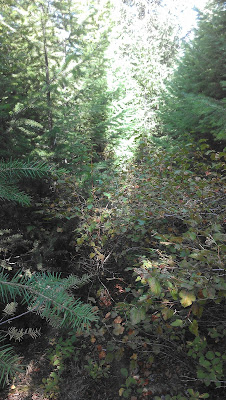 If nobody uses or maintains this trail, it will fade back into history, with only these markers showing where it once was. 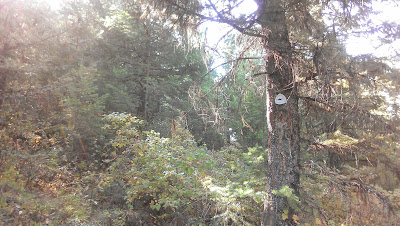 I realized how difficult it must have been for the early explorers to travel through these mountains.  At least Lewis and Clark gave their native American guides credit, saying they couldn't have done it without them. 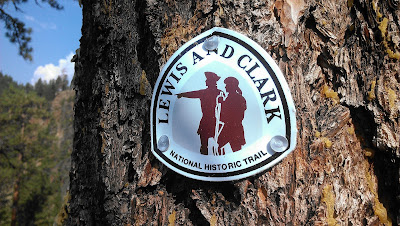 I hope this trail doesn't disappear.  Go out and hike! (With or without pants).
Posted by Lynn at 9:43 PM