In my last post, I maligned winter and basically said I wanted to break up with it.  The next day I woke up to about half a foot of new snow.  But instead of glumly going to the gym, I leapt into action.  It was time to carpe the diem!

I'm fortunate enough to live next to a large tract of woods that is crisscrossed with several trails.  The surrounding community likes it too, especially dog walkers.  They pack down the snow in the winter, which is great for us runners, but if you want to ski or snowshoe, you have to get out there early in the day and beat them out there.

It was 0 degrees and snowing.  I threw on several layers and grabbed my running snowshoes, because they are small and maneuverable.  (Runners! If you've never tried running snowshoes, it's a great workout).  Since my street hadn't been plowed as usual, I just walked down it in snowshoes.
The forest was still and white and untracked.  It was hard to tell where the trails were, but since I run there all the time, I was able to follow them.  In some places the snow had drifted deep.  I saw one set of ski tracks, but never met the solitary skier. 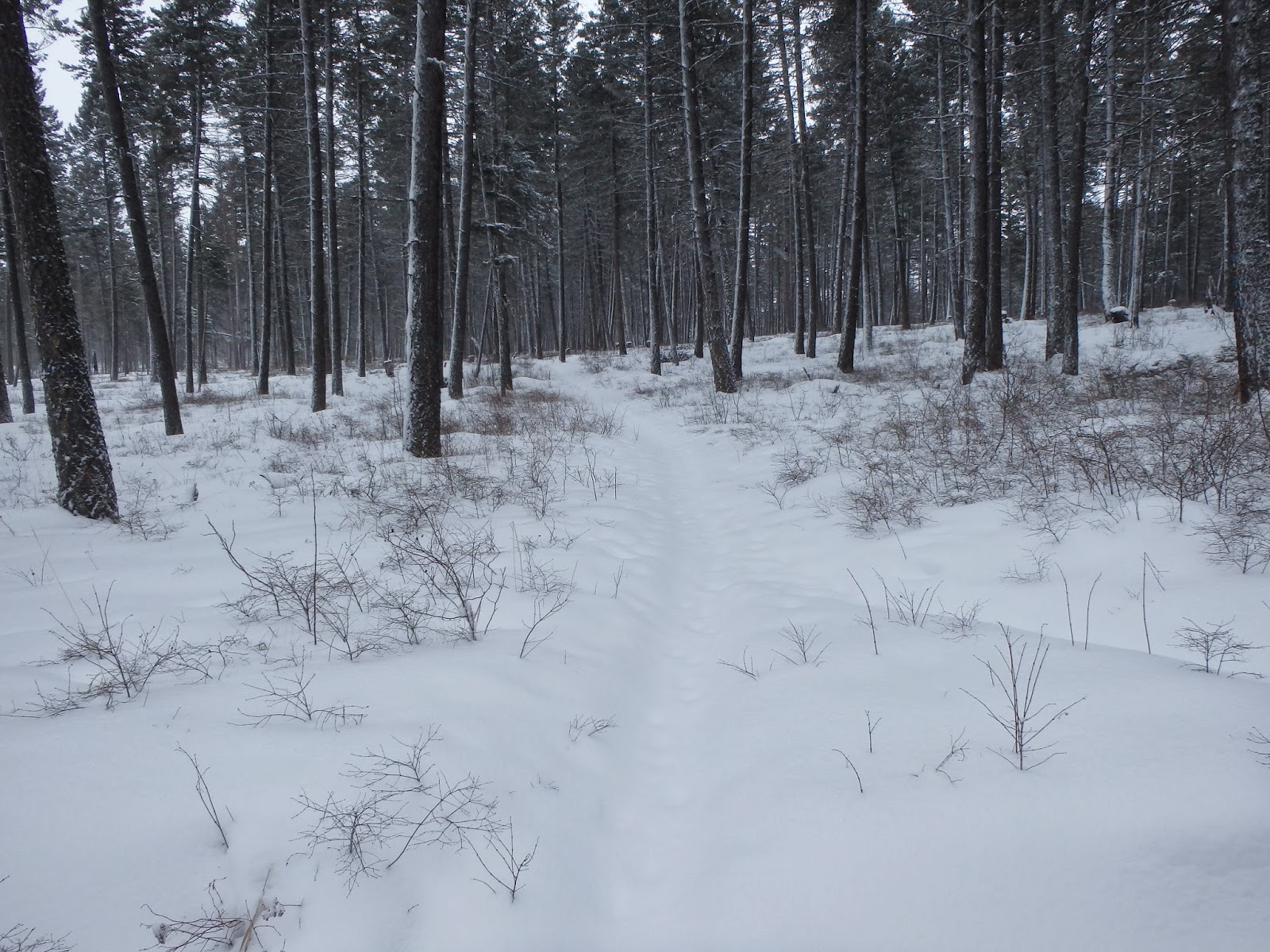 I stopped to make a snow angel. 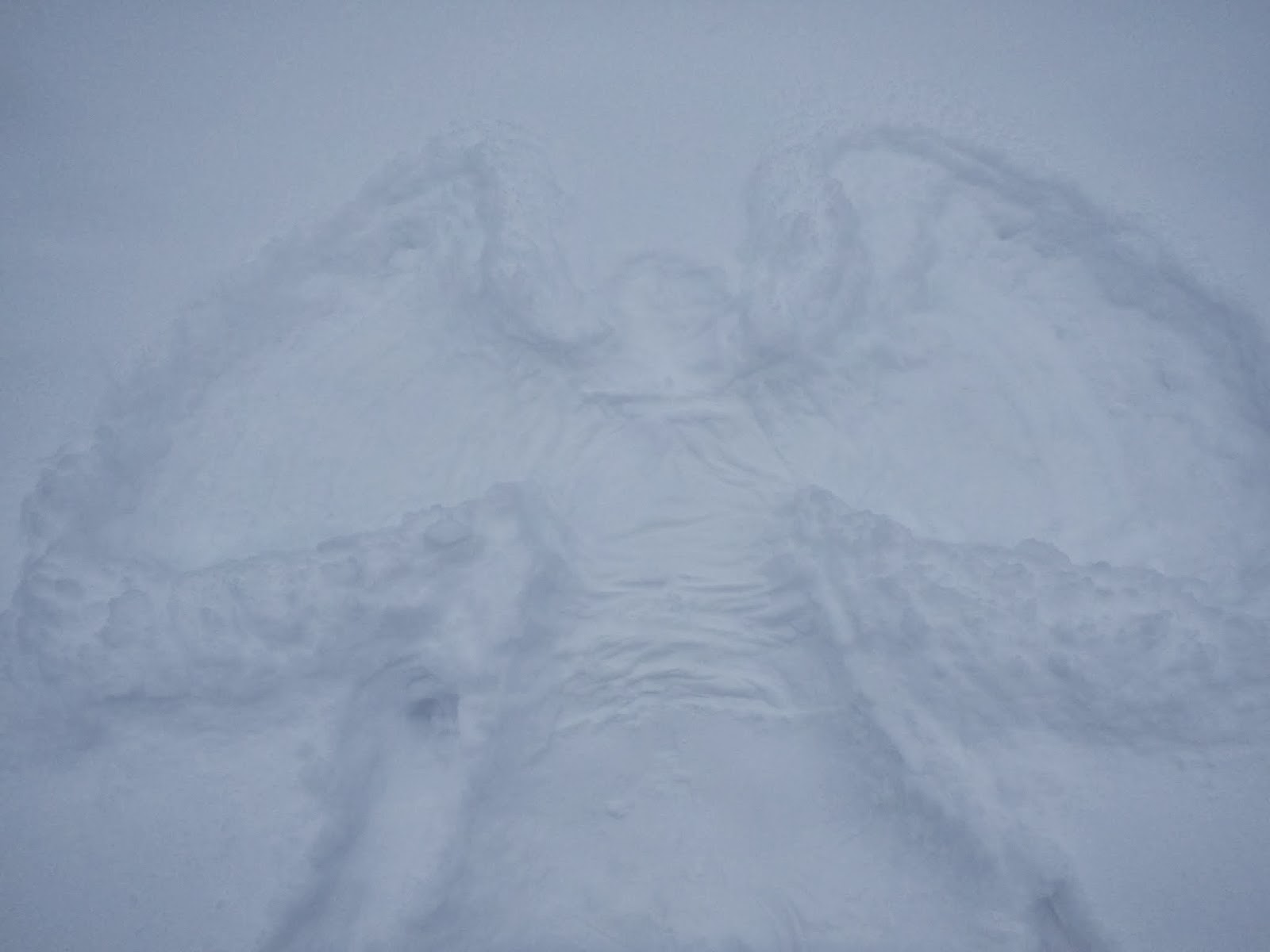 I headed home after a long loop through the woods.  This was much better than a crowded gym. Maybe I could deal with a couple more months of winter after all. 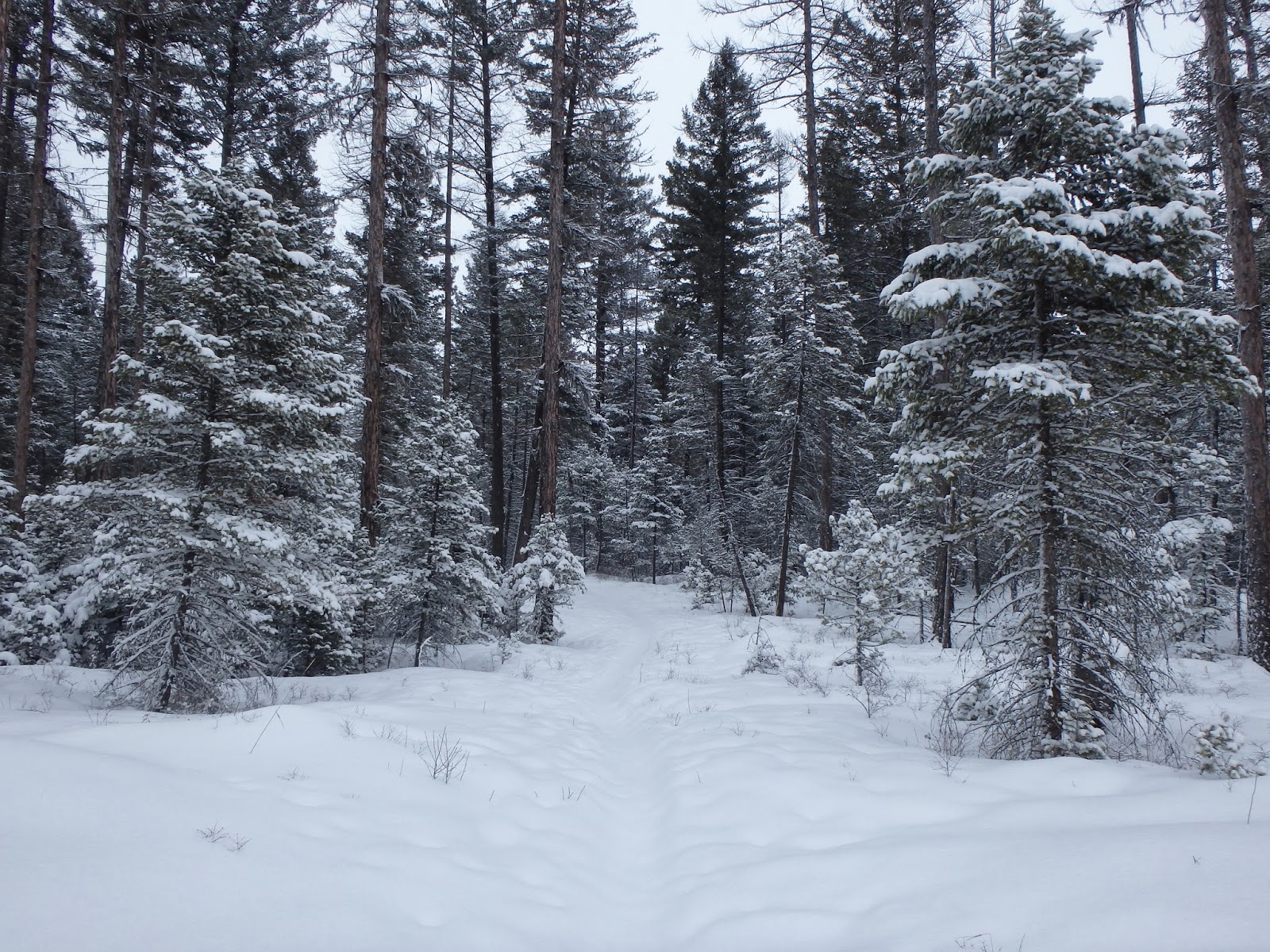