What do fire crews do when they're not fighting fires?  They do projects.  "Projects" is a wide category, varying from mostly fun to downright busywork.  But there are no fires, so it's off to project land.

Some of my crewmembers claim the riding lawnmowers and zone out listening to music while they mow acres of lawns.  Others glumly unload cinder blocks in a downpour for the rec crew.  They pick up branches and sticks left behind by a recent timber sale on the compound; we later get in trouble for doing it because this project was meant for a different crew.  B. loads up crewmembers and drives to a campground to cut down hazard trees; they soon return, saying someone else beat them to it.  This is what it's come to:  project stealing is running rampant.

A common project is "brushing," which sounds like it belongs in a hair salon or horse farm but is actually cutting trees and bushes that are growing into or have fallen over trails and roads.  Brushing is endless;  there's always more to do.  Spring rains have caused the vegetation to explode:  the grass along my running trails is as high as my shoulders. It's best not to rush while brushing.  Brushing will always be there.

On really rainy days, the crew works around the station.  Some people build things, or organize gear, or sharpen tools.  Others type furiously on the computer, taking online fire classes.  We teach: GPS, radios, fire tactics.  A garden is taking shape.  If there's cabin fever, it's not obvious yet.

This is what I say: it could rain all summer.  Everywhere.  But it probably won't.  It's only June.  The fires will come.  But in the meantime, there are projects to do.  Plenty of them. 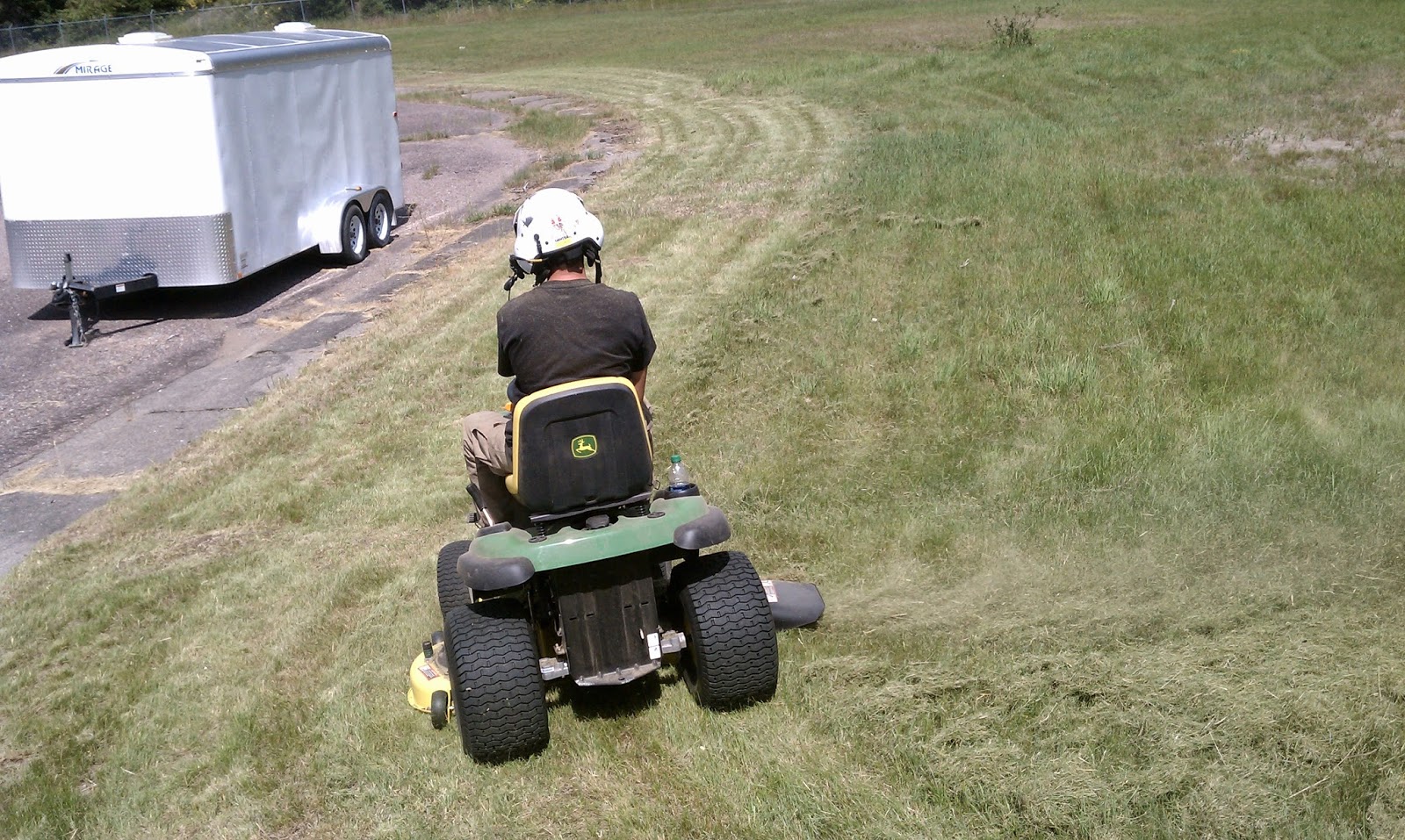