Why you should travel by yourself at least once

Occasionally when traveling, by which I might mean a lot, my travel companion (i.e. the ex husband) and I didn't see eye to eye, and we would disagree (some might say FIGHT).  I thought of our travel experiences as amazing journeys punctuated by the occasional tantrum and underlaid with anxiety.  Then I started (note the "ex" above) traveling by myself.

What a difference!  I'm not suggesting you travel by yourself all of the time, but if you're like me, and your potential journey companions can't afford it/don't have time/have kids/don't want to do the same stuff, go anyway! (Insert cautionary note here:  of course, be sensible where you are planning on going.  Europe would work, anyplace with Ebola, probably not).  Here's why:

1.  You don't have anyone to vent to.  At first this might seem like a bad thing, but it's not.  If there's nobody around to complain to about 2 hour immigration lines, annoying people, or pushy taxi drivers, you just deal with it.  You might actually feel sort of Zen about the whole thing.

2.  You get to do what YOU want.  Want to climb mountains instead of sitting on a beach?  Tired of trying to fit in a run around your partner's sleep schedule?  Want to keep going on the trail instead of turning back?  You can, and all without guilt.

3.  You're a lot more approachable.  Couples, or even friends traveling together, tend to want to hike together, tie in on the same rope, and do the same things.  They're harder to get to know, even on the trips I've taken where I've met up with a group to climb a peak or hike a trail.  I tend to drift between the other loners, hiking a few miles with each one, and finding out about them.  As someone traveling alone, I'm also approached often by locals who start firing away in their language, not seeing me as American (which these days might be a good thing).

4.  You don't have to worry if someone else is having a good time.  The afore-mentioned ex husband would have been perfectly happy lounging on a tropical beach instead of teetering on the edge of death on the side of a mountain, where we often ended up.  I didn't realize how stressful it was worrying about someone else's happiness until I traveled alone.

5.  People back home think you're cool.  Kind of weird, but cool.  "You went to Antarctica/Nepal/Patagonia by yourself?" they ask, intrigued.  "I couldn't ever do that!"  Here's where you get to smile smugly while maintaining a mysterious air.  "Yes," you say, "I did, and it was great!" 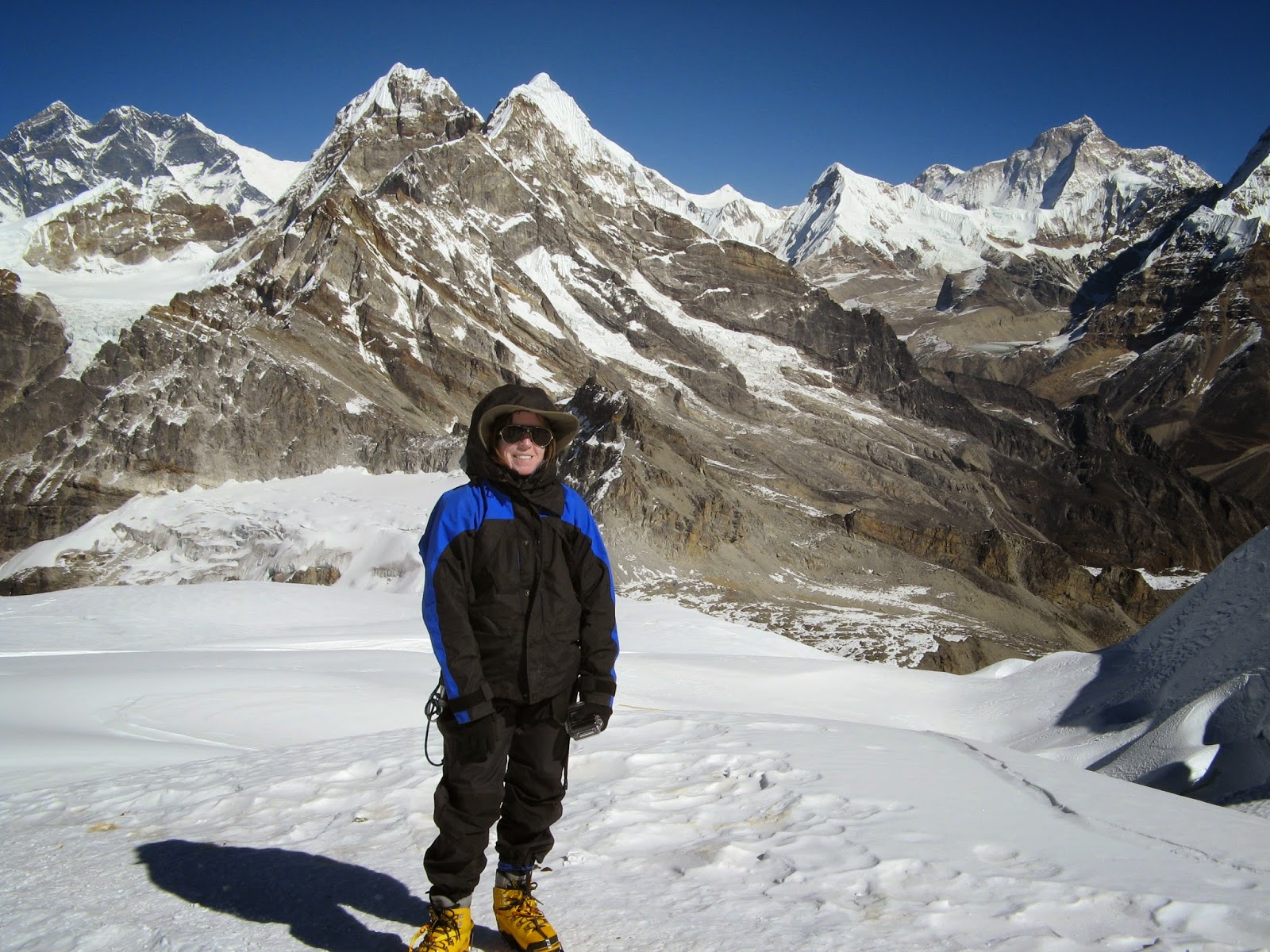