Happiness is a trail in the woods

Before I bought my current house, I used to drive to a trail to run.  It's a nice trail.  Everyone in town knows about it.  A marathon takes place on part of it every year.  It's maintained by volunteers, with well-banked corners for mountain bikers and signs at trail junctions.  If you want to know how far you went, there's a map at the trailhead with mileages on it.

I don't run there anymore.  My new house has a trail system less than a quarter mile away.  To be honest, this was worth at least $10,000 of the asking price.

These trails started out as skid trails in a logging unit, and are maintained by people's feet.  There are roots and holes in them.  When we have a rainy spring, the vegetation grows as high as my shoulders.  They are often muddy in the fall and icy in the winter.  There are dogs, lots of dogs, none leashed to their humans.  Most of them are friendly.  Deer hunting is allowed during the season; the dogs then sport festive orange ribbons and I have to find my bright sweatshirt if I want to run there.  There are homemade mountain bike jumps and paths leading off into neighborhoods.  These trails are unpretentious.

I used to get lost on them, running extra miles to find my way back, but now I have a map in my head.  I know which trails are lightly used and how long each one will take me.  I measure my runs by time, not by distance; there's no way to know exactly, unless you carry a GPS-enabled device, which I don't.

I'm starting to recognize some of the people.  There's Blue Subaru Man, who has the misfortune of not living nearby and has to drive,  which he does, twice a day.  There's Woman with Many Dogs, and a few other runners.  This winter I'm sharing the trail with a woman on a fat tire snowbike.  There's early morning skiers after a fresh snow and a snowshoer I have yet to see.  I follow these people's tracks, interested to see which trails they chose, where they turned off.

I know these trails now, their hills and turns.  I've run and walked there in every season.  It's my forest, waiting there at the end of the street for me to put on my shoes and get there. 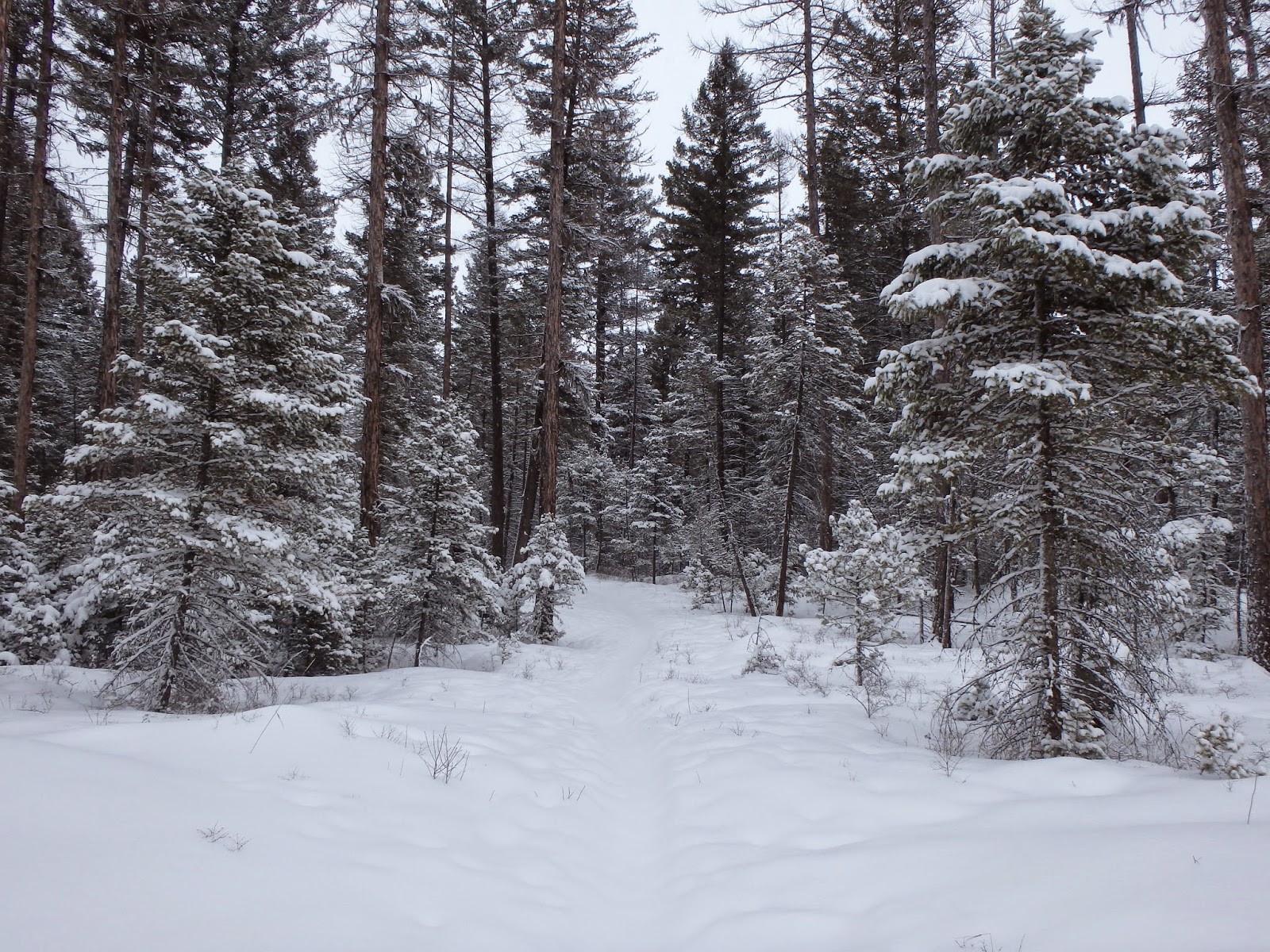