Inside the snow globe

I'm living in a snow globe.  The snow just keeps falling; a foot more is expected tonight.  I put on my Antarctica parka and go shovel.  Half an hour later another inch of white covers the steps.

Winter isn't easy here in the mountains.  It starts early and lingers late.  The valley is often blanketed with inversions and freezing fog.  Temperatures drop below zero.  When it isn't snowy it's icy.  Two weeks ago a young woman died about a mile from my house, on the road I have to take to go anywhere, a road I run on.  Her car sliding off the road, she was ejected into the night, leaving her two small children alone in their car seats.

I've lived many places, some colder and some warmer than this.  I spent more than half a year in Hawaii, and camped from February to April in southern Arizona one year.  But somehow I keep coming back to winter.  Sometimes I wonder why.  I like snowshoeing and snowboarding and even winter running, but I don't like shoveling. I'm always cold.  I want sunshine and hiking trails.

"Why do we live here?" I grumble at friends on a particularly cold day combined with arctic wind blasts.  It would be so much easier somewhere else.  But really I know why.  It's because of this: 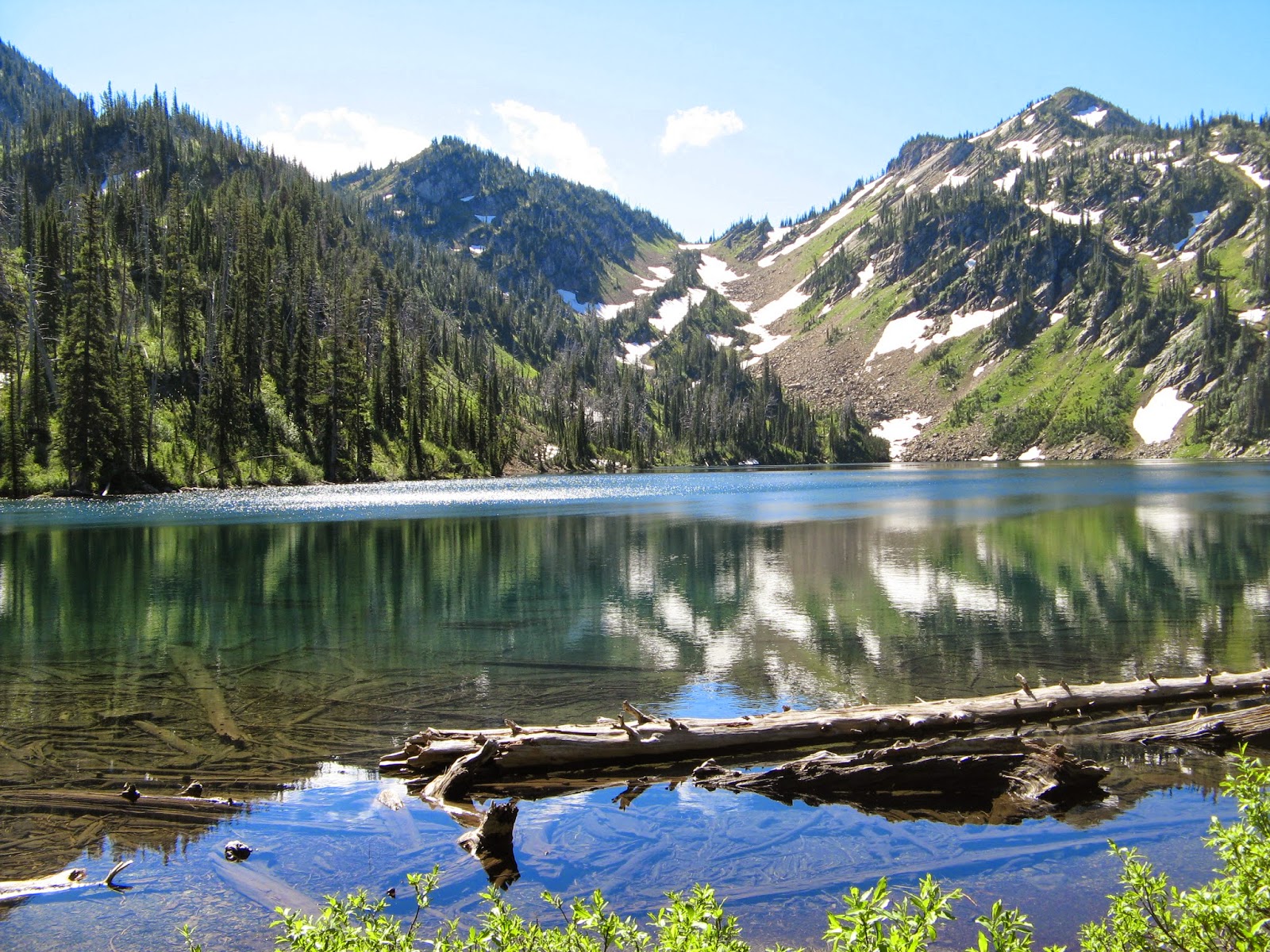 So there's the paradox.  You can't have these mountains and these lakes without the winter that helps shape them.  As it is, the glaciers in the park down the road are melting due to climate change; one scientist says they will be gone in five years.  This to me is incredibly sad.  Because I want the summer and the glaciers, I live with the winter.  My snowshoes are by the door waiting for tomorrow morning, ready to head out into the snow globe..