Usually after fires sputter out and die, there is rehab to do.  Ah, the dreaded rehab: slogging through burned forests to stabilize steep slopes, unwrapping cabins, pulling hose and bundling it up in cargo nets for the flights out.  It's necessary, but not that fun. 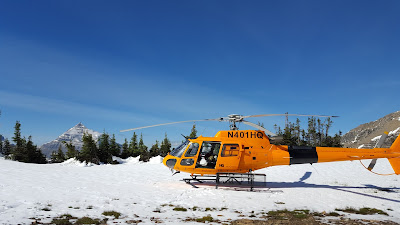 It was an achingly beautiful Indian summer day as we flew into the park to retrieve some temporary radio repeaters.  The brush on the hillsides was turning red and gold.  New snow dusted the peaks.  it was one of those days that makes you keep living in the mountains despite the harsh winters.

We searched the site where one of the repeaters was supposed to be.  The area our coordinates took us to was empty, a pass I once hiked many years ago on the longest day hike I've ever taken, 34 miles.  Today our travel was effortless as we circled the peaks, looking for antennas. Finally I spotted it, partially buried by snow from recent storms.

A large bear had walked here recently.  There were no berries up here; I wondered what it was looking for in this lonely place. 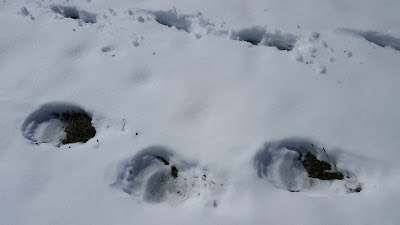 I'd like to think it stopped and admired the view. 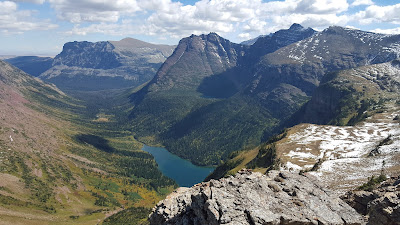 It was hard to leave, but we had another site to visit. 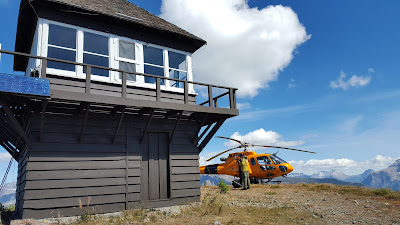 The lookout popped out of the cabin as we landed, carrying a heavy pack.  He had three days off, and was hiking the seven miles downhill and fording the river to get to civilization.  "This is the best of all the lookouts," he said; he had only 20 people visit him all summer.

We flew back to the base, our mission complete, our cleanup done.  It's likely we won't land in the mountains until next summer.  The snow on the pass the bear and I walked in won't completely melt until then.  More will fall and cover out tracks, hiding any traces of our presence.  The smoke still rising from the big fires  will finally stop.  The lookout will be boarded up until next year.  The land will start its own cleanup from the fires, bigger in scale and more important than anything we could ever do. 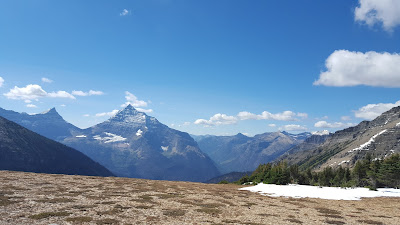