When I first started going to the local ski area, I didn't know the etiquette. After all, I was (sort of) teaching myself how to snowboard as an adult.  I had never ridden a chairlift.  I didn't know that there was a separate "single" line on busy days for people by themselves.  And why were those ski instructors yelling "Pizza!" at the little kids they had in tow?

But I studied other people and read signs, and soon figured it out.  And now that I can shred the gnar make it down the hill most of the time without falling, I see that many people still don't know the rules of the hill.  So here's some gentle reminders.  Please don't:

Stop in the lift line to put on your snowboard or skis/wait for your friends/ask the lifty random questions.  Look, I'm not really in a hurry, but those Super Seniors behind me need to get their vertical, darn it! And if it's below zero, everyone behind you is freezing.

Stop right below the off ramp and have a conversation.  Some of us, ahem, aren't as good at turning immediately after getting off the lift and need a little more room.  Move to the side and chatter away.

Yell instructions from the lift.  You may think you are being really helpful to beginners by screaming, "Bend your knees!" However, because of neck warmers, scarves, and distance, it's hard to tell whether you are saying "bend your knees" or "I'm your niece." Also, sudden yells from the lift are distracting and might cause said beginner to lose their concentration and fall.

Ask if the stranger behind you in line will take your overflow kid with them on the lift.  Bonus points if you say the kid knows how to get off the lift when in fact, he does not, and sits there like a rock instead of standing up, causing you to lunge for him and pick him up, sending him safely down the ramp while you fall, looking like a fool in front of the lift attendant.

Stop in the middle of a run.  Snowboarders do this more than skiers, but some skiers are guilty too.  Make everybody, including lessons, swerve around you.  Subtract a point if you stopped because you fell/lost a ski/lost your phone.  Everybody understands.

Make fun of or get impatient with people.  It's really brave to try and learn something new.  You should admire those 70 year olds in ski lessons. And those adaptive skiers who slowed down the lift line the other day?  I saw them going over the jumps in the terrain park.  They're way better than you. 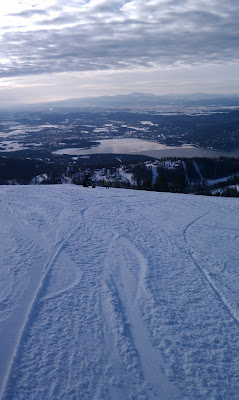 When I loaded up the Ford Escape to go on a fire assignment last July, I added in something extra along with my fire boots and yellow shirt: some personal trainer study materials.

The books were sort of overwhelming.  The main manual was 700 pages long.  Another, an exercise science book, delved into intimidating anatomy material.  I sat in the meager shade of the Escape waiting for the helicopter to return from dropping water.  It was 100 degrees out.  A micromanaging deck coordinator made enthusiastic laps around the field, intent on finding somebody doing something wrong.  It wasn't the most conducive study environment.

Nevertheless, I persisted.  I peered at people, assessing their posture without their knowledge.  I forced coworkers to undergo mobility tests.  My books went everywhere, getting helicopter flights and road trips.

Yesterday I entered the exam room nervously.  The Facebook study group I was in had many dire stories of people not passing, or saying how hard they thought the test was.  I could hear someone else clicking computer keys rapidly behind me.  She was taking the same exam.  What if I don't pass and she does? I thought.

I clicked Submit Exam. After a stressful pause, my results appeared.  I had passed with a really high score!

What's next? I don't know, besides torturing helping my crew by doing movement and flexibility screens.  Maybe some part time work, or something to do after I get kicked out of firefighting for being too old.  There's this though: there were moments I felt pretty doubtful.  College and studying was a long time ago, I thought.  These books are expensive.  I don't care that much about the digestive system.  But I kept going, because sometimes you should do what's new and maybe a little scary.  Learn something, take the trip, do the thing.  It's always worth it. 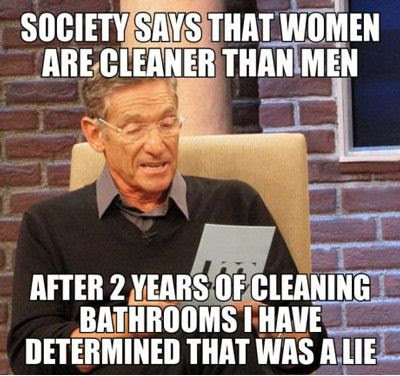 People still seem surprised sometimes that I work all year.  "But it's winter," they say, "what do you DO?"

I usually say something about paperwork, training, and hiring, because that's most of it.  Hiring just one person for a 6 month seasonal position takes more paperwork than getting married does.  But here's something else: fire is taking less and less time off.

Due to climate change, fuel buildup in the forests, and more people building homes in the woods, fires are starting at times of the year they never used to, and getting bigger and badder.

One of my employees is in California.  He is currently working on the LA fires, but he has been there for months.  Two others are going to Alabama and North Carolina this winter to fill critical positions.  Last February, some of them were out in Texas and Oklahoma on fires.  There isn't a month of the year that someone from my crew isn't on an assignment somewhere.

A week ago I saw smoke drifting through the trees in the park.  The fire that burned up there for most of the late summer and destroyed a historic chalet was still alive, despite weeks of rain and snow.  No threat anymore, it tenaciously hung on in cedar stumps and downed logs.  Nobody can really believe it.  It's December in the mountains, after all, but there it is.

The bears are starting to hibernate, but we aren't.  We don't unpack our gear anymore in October because you never know.  There is a fire somewhere, and we might need to go.