There are a lot of reasons not to do things, especially if they're difficult to do, there are obstacles, or you have a strong sense of work guilt (as in, "I should be at work right now").  I ran these through my mind on Friday. It was a work day, and I hadn't put in any extra hours that week.  There was probably still a lot of snow on the trail.  I might not even be able to get to the trailhead. The road up there is typically washboarded and annoying to drive, especially if you meet someone coming the other way and have to back up.  There might be bears.  It would have been easy to just admit defeat and drive to work instead.

But it was sunny when I woke up, and I threw some stuff in my pack and grabbed my bear spray.  I drove anxiously up the approach road.  A few cars were pulled over about a half mile from the trailhead, signaling the start of the impassible snow.  I put on some microspikes and started following some tracks, not sure how far I would get.

A fresh deer carcass with a bloody gouge in its side lay just off the trail, but there was no bear sign around; a wolf kill, I guessed.  A couple of spry older men hiked in the distance; we ended up leapfrogging each other up the trail.

I climbed higher.  Patches of bare trail were interspersed with solid stretches of snow.  The basin below the ridge was buried, and the lakes were frozen.  Skiers were still boot packing up here to get some turns. 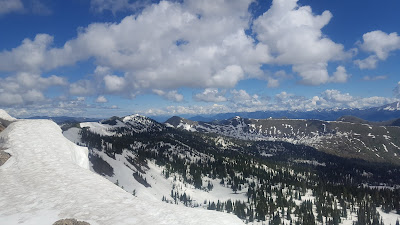 I realized I was going to make it to the top of the mountain.  The two guys soon left, leaving me there on my own.  No mountain goats were there today, but the view was incredible. 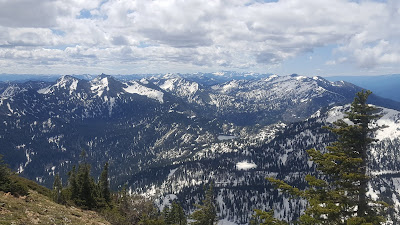 I made my way down the ridge.  The snow was turning slushy.  I looked back to see where I had been. 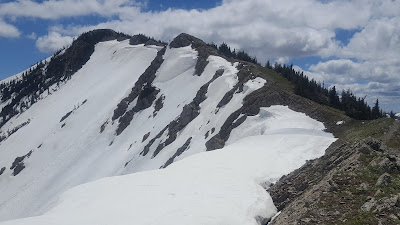 Things at work had gone on just fine without me.  The road was bumpy but manageable, and the snow was negotiable.  In the end, a lot of things we stress about aren't that important! Go climb that mountain! You'll be glad you did. 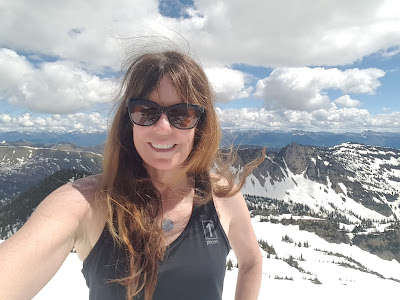