What to consider when hiring a personal trainer

I almost got my first paying client! Unfortunately, it doesn't sound like our schedules will work (she wanted someone during the day, and I work full time), and I didn't get the sense that she was quite ready to make the commitment.  I realize it might sound intimidating, so I decided to write down a few of my thoughts.  Hopefully they will help someone who is on the fence, or who doesn't know what to look for.

Think about what your goals are.  Not all PT programs are the same.  Some focus more on corrective exercise, and some trainers have more experience and interest in different populations. There are specializations they can get, such as in senior fitness or postpartum exercise.  Don't be afraid to ask.

Who is going to motivate you? I'm impressed by Jillian Michaels, but I couldn't have someone yell at me like she did on The Biggest Loser.  Also, at this point in my life I would rather not work with a young bro or babe; I'd rather have someone older who might have had a few injuries or aches and pains along the way.

Where do you want to work out? There are trainers who work at gyms, at their own facilities, or who will come to your home.  I once knew a lucky guy who had Harrison Ford as his client.  He went to "Harry's" house to train him.  You don't need a home gym though: trainers can bring equipment to you, or do body weight exercises. If you don't want anyone in your house, there are a lot of online trainers.

What type of workouts do you want to do? Do you gravitate toward gym machines or would you rather do interval circuits? Not sure what would work for you, want to mix it up, or have someone else decide? Don't be afraid to discuss it with your prospective trainer.  Don't get stuck doing the same thing all the time: you will probably get bored and quit or slack off, and won't improve.

What do you want to pay?  Rates range tremendously.  I saw a website for online training where the trainers charged $600 a month for one email or one skype call.  On the other end of the spectrum, you can join my friend's outdoor boot camps for $10 a session (you will be in a group, though).

Remember, a trainer works for you.  He or she should be able to answer your questions, create and adapt a routine for you, and have a plan for you to progress.  Also, don't be intimidated! All trainers were beginners at some point too. 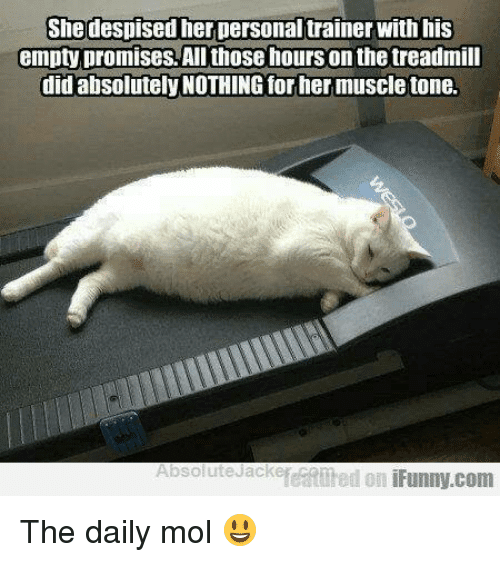 More than a ditch digger

Several years ago, the main office needed to replace their carpet.  This meant that everyone's chairs, desks, and other cubicle paraphernalia had to be moved into other rooms so the old carpet could be ripped out.  Who got the task of doing this? The fire crew.

None of us worked in that building, and it felt strange as we carried other people's stuff around.  A couple of them helped, but most just watched us.  I saw some of them at the gym later lifting weights.

There is an enduring perception that because much of our job involves manual labor, that's what we should do all the time.  The offices all have janitorial contracts; we clean our bathrooms.  If our buildings need paint, we do it ourselves.  The fire crew maintains the grounds on the compound in summer and winter; the other folks never need to pick up a shovel or a weedwhacker.

People have told me that they think fire crews should do these things because they don't have anything else to do.  Those are the same people who think that firefighters sit around a lot and collect a lot of money.  In a way, they can't be blamed too much.  The media either shows footage of firefighters digging in the dirt or sleeping after a long shift.  And it is true that given the choice of mowing the lawn or writing a prescribed fire aerial ignition plan, most crewmembers will leap for the riding mower.  But it's not the whole story.

The media, or the guy who drove by while we were waiting in a meadow for the helicopter to return from dropping water on a fire and yelled, "There's my tax dollars at work," don't get invited to planning meetings where firefighters make critical decisions on how to stop a raging wildfire.  They don't see us evaluating bids on a multi million dollar helicopter contract.  They aren't there when a hotshot superintendent or crew boss leads 20 people into an intense firefight, constantly evaluating the danger and keeping his or her crew safe.

This is the stereotype of a wildland firefighter: the strong, often hard-drinking "knuckle dragger," good for putting in miles of fireline but confused by computer programs.  You might be excused for believing this is a true characterization; after all, the first line in one of my position description once was "moves dirt."  But don't be fooled.

Not only do you have to be able to predict what a fire is going to do and make split second decisions, but you must also know your way around federal regulations, policy, and databases.  Poor spellers are looked down on, and pity the fool who hits "reply all" on an email by mistake.  You have to be able to write professional proposals and burn plans that would stand up in court, and administer contracts.  You have to teach new people how to interpret weather and fire behavior, and keep them out of helicopter tail rotors.  You have to learn to navigate the endless paper trail that is now necessary to do your job.

Sometimes it's exhausting to walk the line between a manual labor job and an office position.  One is physically tiring and the other mentally.  In a way though, it's the best of both worlds.  When the constant HR paperwork gets to me, I can go outside and weed the helitack garden.  When it's raining, I can complete the mandatory training of doom on the computer. No two days are ever the same.

Since I know my readers have all types of jobs, leave a comment: what is a common stereotype associated with your profession? How is it right and how is it wrong? 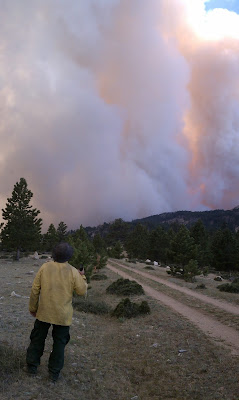 J. chuckled as he sent me a text.  It was a picture of our mutual friend D, a "glamour shot" she had taken years ago.

If you don't know what these are, you are probably younger than us.  Girls in the '80s loved these.  Most malls had a place exclusively set up to do them.  You went in and someone applied makeup to you with a heavy hand.  They usually curled and fluffed up your hair.  You were given costume jewelry to wear and a sort of "wrap" that from the shoulders up perspective of the final photos looked like a glamorous off the shoulder gown, when it was really just a piece of material.  Then your photos were taken.  You later came in (no digital cameras then) to look at your proofs.  You picked the one you liked, it was edited to make your skin look flawless, and then you had it: a glamour shot!

I'll spare you mine, mostly because it's in a box somewhere in the garage, which is unheated and too freezing to enter at the moment.  But I still remember the anticipation of waiting for the proofs (something kids these days won't ever have), not knowing how the pictures would turn out.  Then, all I could see were flaws.  I was disappointed, like I often was with pictures of myself in those days.  There was always something wrong with them: my hair looked wild, I didn't look thin enough, my pose was strange, my smile weird.

But now when I dig out old photos of me, I feel sort of sad.  There was nothing wrong with that girl.  She hardly weighed over 100 pounds.  Her hair was full and long.  She was pretty and healthy and hopeful.

When I take pictures with friends, I never judge how they look.  I just see how happy they are in that moment and how good they are as people.  We need to be this way with ourselves.  We're all better looking, smarter, and brave than we give ourselves credit for.

Don't believe this? Go back and look at old photos that you might not have liked at the time, or thought were just okay.  You might be surprised.  Bonus points if they were "glamour shots."

Tales of a (formerly) intrepid runner

"There's a hardy jogger," a man out walking his dog said as I ran by.  As much as the word "jogger" annoys me, it was probably applicable that day as I ran slowly over some ice.  It wasn't that cold, about 10 degrees F, but I was still looking forward to being done.  Banished from the trails due to deep snow, I was running on a somewhat boring out-and-back road that was bothering my knees.

The younger me, who started running at 14 and obsessively hit the roads every day, would not think I was being particularly hardy.  After all, I used to run in blizzards, in 100 degree temperatures, during a tornado watch (don't do this), and on sheer ice without spikes (they weren't invented for runners yet).  I even had to get as ride from some random tourists past an angry bison once during a run.  I've startled bears and once, a mountain lion while running.  I even attempted a run after descending from a successful summit of Mt. Baker in the Cascades (it didn't go well).  It's fair to say I was sort of obsessed.

That's not me anymore.  My personal low temperature cutoff for outside running of -20F has changed to about 0F.  If it's nice out, you might find me hiking or snowshoeing instead.  On a work trip in a sketchy area, I'll use the hotel gym instead of nervously venturing out to run like I might have in the past. Awful winds, torrential rain, and snow blowing sideways have the potential to derail running plans.

Back when I used to run races (and occasionally win them), being a runner was a big part of my identity.  After decades of running and two knee surgeries, I'm still a runner, but not as often.  The younger me might have felt bad about this.  I don't, though.

The need to put in the mileage no matter what sometimes felt like a burden.  Now I run when I want to, and do other things when I don't.  I'm in better shape than younger me, who, while skinnier, didn't lift weights or do any type of cross training.

So you can call me a "hardy jogger" if you want.  But I'll just smile, because I have good memories of my more hard core, faster running days.  They're behind me, and that's okay.  There's still a lot left ahead. 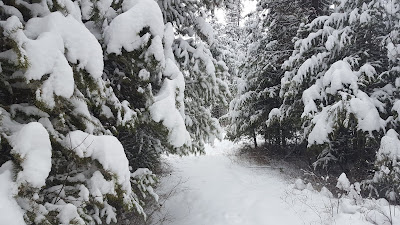