I wonder a little about people who make pronouncements like "I could never just sit on a beach. I need to be active!"  Usually these people are wound pretty tight.  Maybe they should try sitting on a beach for a little while.

I'm an active person.  I exercise a lot and my job is often physical.  Maybe because of that, when there is a chance to relax, I'm happy to take it.  The deserted beaches of Lanai were one of the reasons I went there. 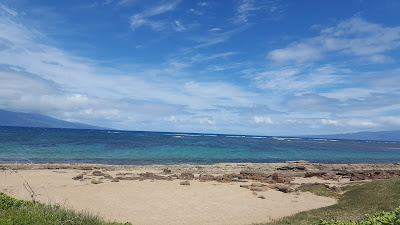 Don't get me wrong.  My days of baking in the sun wearing Hawaiian Tropic tanning oil were over by about age 17, and I wish I had known then the damage that kind of thing causes skin.  I also like to get a workout out of the way before I lounge around.  Then there is the issue of crowds.

As a child, I once declared to my parents that the beach we were on was "getting pretty crowded" when two people appeared at the other end.  I don't like towels right next to mine, listening to other people's beach tunes, or being in danger of being hit by a frisbee.  But given the right, secluded beach and a good book, and I can loaf around like it's my job, at least for a couple hours.

The "main" beach on Lanai is located near the Four Seasons hotel, a $1000 a night resort where the likes of me can't afford to stay.  The people who come over on the ferry for the day tend to go to this beach because they can walk there from the dock.  Still, it's never really that crowded.  You can usually find a quiet spot.  In the evening it's a nice place for a sunset walk. 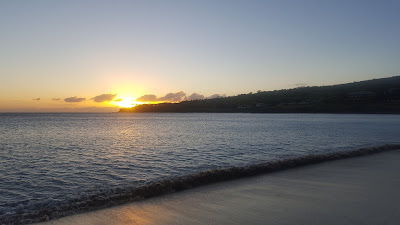 I wanted something more remote though, so I jumped in my rented jeep and headed for Shipwreck Beach.  There are only 30 miles of paved roads on the island, and to get to most of the interesting places you need a four wheel drive.  Sometimes even these roads are impassable after a rain. But luckily I was able to make it to this six mile long beach. 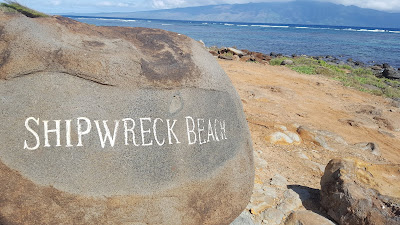 There was nobody there when I arrived.  I walked a couple miles along the shore and found a place to sit across from the abandoned ship on the reef.  Although several ships have gone aground here, this one, a navy fuel barge, was intentionally left there.  I looked at the ship and made up ghost stories, read a book and searched for washed up treasure. 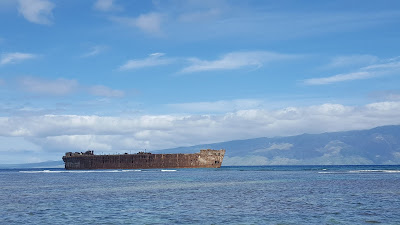 It was the perfect afternoon. 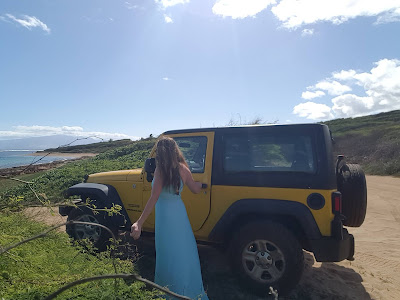