She was 24, and had had some troubles in her life, but was overcoming them.  Running helped, and she loved to run long distances.  That day she headed through town and into a canyon.  Phone pings tracked her in some places; she was seen on park wildlife cameras.  People looked, but there were no other signs of her.

There were theories.  Foul play, of course.  Animal attack.   An accident.  Nobody really thought she ran away from her life: she left everything at home except her phone.  Where was she?

Two weeks ago, a man hiking in a rugged ravine saw something and looked closer.  It wasn't abandoned clothing as he first thought.   He had found Jerika.  After over a year, she could finally be brought home.

No cause of death has been released yet, but she was found with broken bones in her leg.  It appears that she may have simply slipped and tumbled into the ravine.

I followed her story since she disappeared.  I kept checking for updates, hoping that somehow she would be found okay, even though I knew that was unlikely.  As an often solo  runner, I'm well aware of the dangers.  They don't scare me onto the treadmill or make me run with a posse.  The joy of running alone on trails is worth it for me.

I like to think that Jerika was happy as she ran along the deserted canyon trail.  She was young and fit and could run for hours.  I hope the end was swift.  I imagine her, still running, with that big smile she wears in most of her pictures.  Run on, Jerika, and be free. 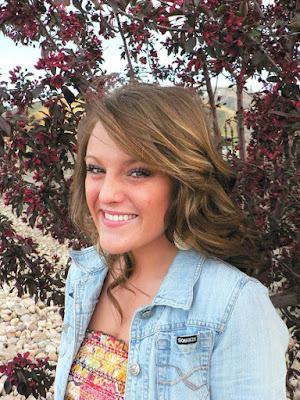