Keeping up with the crewmembers: A failed reality show

Scene 1:  The camera pans over a quiet helibase.  It is a beautiful sunny day.  KIP, a new hire, is on the riding lawnmower.  He weaves between the trees, gaining confidence.  Suddenly a loud screeching noise occurs.  KIP stops mowing and looks worried.  "I think I ran over a stump and bent the blades," he confesses to the camera.  Suddenly SALLY the boss, an attractive brunette, appears.  "Oh no!" she exclaims.  "We have already spent all of our supply budget!"

Scene 2:  GAVIN, a rookie, is packing his bag for a crew assignment to Alaska.  "How many socks should I take?" he asks RHETT, a somewhat cynical crew veteran.  "You might be out for 21 days," RHETT answers.  "I'm taking 21 pairs of socks!" GAVIN declares, throwing other gear out of his bag to make room.

Scene 3:  ALLEN, a young military vet, stares morosely at the van he recently bought and hoped to live in for the summer.  It appears broken down.  "I chose the van life, but it didn't choose me," he laments.

Scene 4:  SALLY is seen alone at the helibase, staring out the window for several consecutive days at torrential rain.

Scene 5: The camera crew is shown packing up their gear and bickering. "I told you these people were too boring," one says.  " No fistfights, rumor spreading, or even bullying.  Let's go try the hotshot crew.  There must be something we can use there.  Some random yelling, or anything." 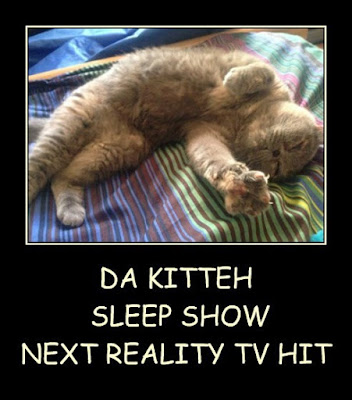 Mark set off down the trail, just one person in the hundreds who hiked that day.  He got a late start, but it stays light until after nine, and there are plenty of places to call it a day and turn around.  He was alone, but hundreds of people hike there: on a July afternoon on this trail there is not a lot of solitude.

Witnesses place him along the trail at a couple of spots.  But Mark didn't come back to the trailhead.  He seemingly vanished somewhere among the flowers and sunshine.

So we look.  Because our helicopter is still in the southwest, a visiting crew is here.  This means I stay on the ground doing logistics and answering phone calls, as much as I would like to be up in the air or on the ground.  They fly for hours every day, inserting searchers and doing grid patterns.

As days creep by more questions arise.  Perhaps he didn't want to be found.  Maybe he is far outside of the search area.  Nobody knows, but we continue.

These searches take away a little of my heart when they end without resolution.  To disappear is the strangest, loneliest thing.  We don't want to stop looking, but we know at some point we will have to.  Meanwhile, other hikers step onto the trail, unknowing of the story that may have already played out here in the flower fields and mountain cliffs.  They walk on his footsteps and see what he saw.  Everything continues on, like it is supposed to.

I never met Mark, but I hope somewhere he is hiking along a beautiful ridge, with only hope and happiness and blue skies ahead of him, walking into an unknown but infinite future.
Posted by Lynn at 5:39 PM 9 comments:

I perched uncomfortably in a glass-windowed fire lookout.  It was in  Mesa Verde, in the early 90s.  For some reason I've forgotten, there were two regular lookouts who weren't related, and they were fighting.  To give them a break from each other, the fire crew was taking turns filling in as lookouts.

As great as this might sound (no pulling weeds or cleaning up the rifle range!) there were some serious drawbacks.  Instead of being isolated on a peak somewhere difficult to get to, this building was reached by a short, paved path (we are talking a few yards here).  A large sign helpfully directed the tourist hordes to the lookout, which was a cabin on the ground, not a tower where the besieged fire watcher could lock them out below the catwalk.  In fact, we weren't allowed to lock anyone out at all, except during our half hour lunch break.  This sounded okay in practice, until you sat there eating your tuna fish sandwich while visitors peered in at you through the windows.

I didn't love lookouts then, not like I do now anyway, especially when I spotted a fire and there were 50 visitors crowded inside the small building.  That came later, when I moved to the Pacific Northwest, a treasure trove of fire lookouts.  There was Sourdough, once inhabited by the Beat poet Gary Snyder, Park Butte with its amazing view of Mt. Baker, and the best of all, Desolation, made immortal by Jack Kerouac in Dharma Bums and Desolation Angels.  I fell in love.

Now although I love lakes and mountain peaks, I would rather hike to a lookout than anywhere else.  I've been lucky (and perhaps annoyingly persistent) enough to fill in for the regular lookouts on the forest where I work.  The moment when the lookout trudges away toward civilization for days off and the silence settles around me is the best, although the sunsets and sunrises, and fires burning on distant ridges are close rivals.

There is a lookout rental program around here, but they are booked up months in advance (how do people know what they will be doing so far ahead of time?) so I have to mostly be content with hiking to these sacred spots, visiting for a time, and then reluctantly leaving.  I dream about summers spent in one of these places, until reality intrudes: what would I do with my cats? my house? who would pay me?

It will probably remain a dream.  Still, as obsessions go, it's not a bad one.  And recently I was asked if I wanted to spend a couple of nights in one of the lookouts later this summer.  You know what my answer was. 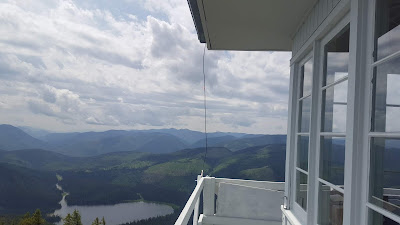 Living in a place that tourists flock to year round has some advantages.  We have an airport, for one.  We have lots of restaurants and services and bike paths.  There is a ski area and there are farmers markets.  Plus if people want to come here, you know you live in a pretty nice place.

There are plenty of downsides though. Traffic is increasing every year.  There are people everywhere downtown.  Probably the worst impact is how visitors are crowding the local national park.

They arrive in hordes.  An enormous parking lot at an alpine pass is full by 9 am most days.  The popular trails are mobbed.  Cars are bumper to bumper on the park road.

While I appreciate that so many people are enjoying the natural beauty (maybe some will be moved to support efforts to save and protect public lands), it makes it difficult for the locals sometimes, especially those who remember more tranquil times.

Seeking solitude, we flee to places outside the park that are less known.  Here we hike for miles, in scenery that rivals the spots the tourists flock to, seeing hardly anyone.

Are they welcome here?  Sure, but do your research: don't post looking for advice on Facebook; that's lazy.  Don't geotag.  Leave these beautiful places as you found them. 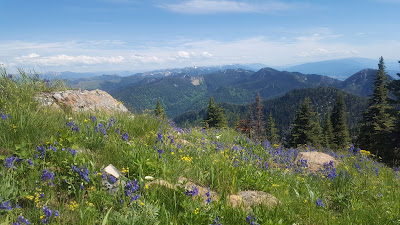